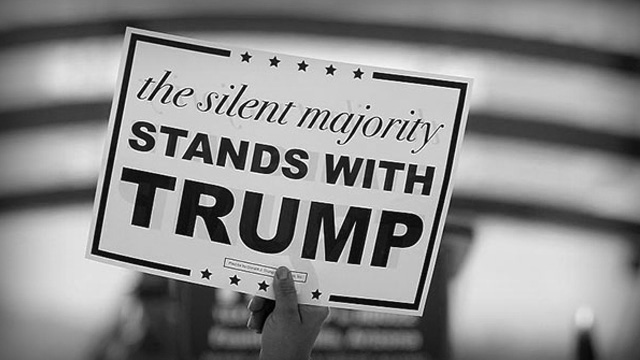 RUSH: Pittsburgh Tribune-Review: “Trump’s Pennsylvania Popularity Is No Accident — There’s a reason why President Trump is becoming more popular in important Midwestern battleground states like Pennsylvania: Voters don’t want to lose the ongoing economic renaissance that is transforming their lives.

“According to a recent opinion survey from The Wall Street Journal, the president ‘cumulatively leads a generic Democratic opponent, 46 percent to 40 percent,’ in Pennsylvania, Indiana, Michigan, Ohio and Wisconsin.”

Even now, Trump beats a generic Democrat 46 to 40. This wasn’t supposed happen. Trump was supposed to barely be above 30 now. “The survey’s findings are not surprising, and it’s no small coincidence that those states –” and again we’re talking about here about, Pennsylvania, Indiana, Michigan, Ohio, Wisconsin, “–those states are all thriving under the president’s pro-growth economic policies. Indeed, Trump’s economic agenda has had a profound effect on Pennsylvania: The state’s 4.0 percent unemployment rate is now the lowest it’s been in nearly two decades, and the economy continues to add new jobs at a dizzying pace.”

Now, there’s a downside to this too. In addition to, “the president ‘cumulatively leads a generic Democratic opponent, 46 percent to 40 percent,’ in Pennsylvania, Indiana, Michigan, Ohio and Wisconsin.” He trails a generic Democrat 50 to 39 in five Sunbelt states that Democrats aim to flip in 2020. Those states are Arizona, Florida, Georgia, North Carolina, and Texas.

So what’s happening here? You want some expert on-the-spot analysis of what’s happening here? How in the world can this be? How can Trump be leading 46-40 in these old Democrat Rust Belt states and down 50 to 39 in Arizona, Florida, Georgia, North Carolina, and Texas? I’ll tell you why. It’s because the people in these states giving Trump a 46 to 40 lead — Indiana, Michigan, Ohio, Wisconsin — are the people that can’t leave.

These are the people who live in their little towns where they grew up and they don’t want to leave, and they are staying. But others in these states are leaving because they have ruined these states. And they are taking their politics to the Sunbelt where they’re on the way to ruining those states. They create horrible economic circumstances by the way they vote, the people they vote for in these states, and it gets so bad they have to leave. And then they leave, and they take their liberalism with them, and they start voting for the same thing and the same kind of people that created the circumstance in their home states they have to flee.

So it’s hard to claim that the poll is a fake. But the numbers here are fascinating People in Pennsylvania, Indiana, Michigan, Ohio, Wisconsin have been leaving those states to go to the states in Arizona, Florida, Georgia, North Carolina, and Texas, and they are in the process of corrupting the south as they corrupted the north and the Northeast. The people who stayed in Pennsylvania, Indiana, Ohio, Wisconsin are the tough ones. They’re fighting it out, to take back their states and make them function again. 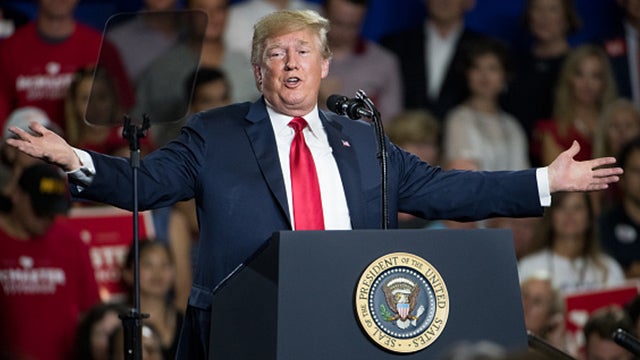 “While voters have had more than two years to see the positive effects of Trump’s agenda, including the elimination of more than 30,000 pages worth of job-killing regulations from the Federal Register, Democrats are now asking them to forsake those benefits in exchange for pie-in-the-sky promises based on long-discredited socialist policies.”

Now, the story here in the Pittsburgh Tribune-Review is focused on Pennsylvania and how Trump’s popularity there is no accident, and it includes his popularity in these neighboring states. But it is a problem with these permanent snowbirds now moving to the south and corrupting the places they are arriving by bringing the politics that ruined their home states with them.

Then this story: “Ignore the Polls. Trump Has a Shrewd Strategy to Win Back the White House in 2020.” This is in TIME magazine. It’s written by a writer who literally hates Trump. His name is Ian Bremmer, and he despises Trump. And he has a quote from Frank Luntz, who is designated here as a Republican pollster.

And here’s what Frank Luntz says in this TIME magazine story. “Trump has more support within the GOP than any Republican president since the invention of polling. If enough Democrats are not happy with their party’s nominee, overwhelming GOP support would be enough for Trump to win again.”

So here are two stories basically on the upside of Donald Trump and how he’s doing well and the people in these states his policies are impacting positively, and what do we get on CNN? West Wing chaos, Trump aides defend his mental fitness and deny he’s a racist. I detest these people. I don’t know how else to categorize this.

RUSH: Let’s go back to March 15th. I want to share with you an AP story. “U.S. Job Openings Rise, Outnumber the Unemployed by One Million.” When’s the last time that you can recall that there were more jobs available than there were unemployed people?