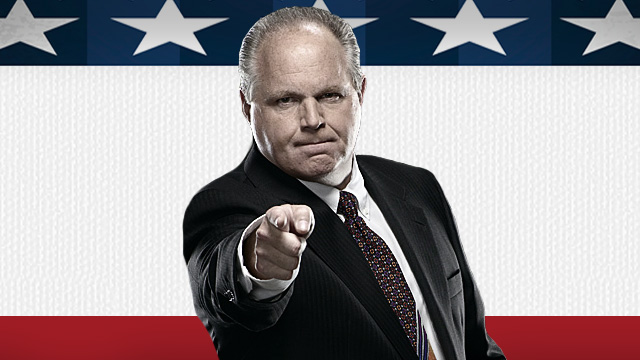 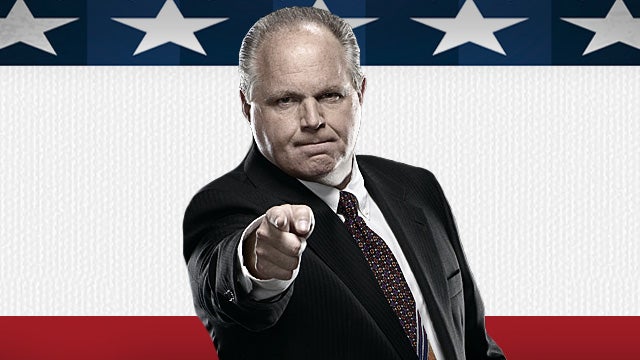 RUSH: This is Kathy in Palm Beach Gardens, Florida. Welcome. I’m glad you called, got through. Hi.

CALLER: I’m just thrilled to talk to you. I’ve been a fan for over 30 years, and you’ve really helped me to become a conservative. So thank you about that. I just thank you for what you do because you educate us and you give us the truth. And my husband became a Republican, and he listens to you now. So thank you very, very much.

RUSH: Well, I appreciate that more than you know.

CALLER: Well, it’s true. It really is true. And just wanted to — I don’t know if it’s question or a comment, but I wonder what the Republicans can do to really turn everything around in 2020 to get us the House, to keep a strong Senate. I know we’re getting rid of some of these RINOs, thank heavens. But we out here in America, we want a strong conservative in all three branches of the government. And what can we do out here? How can we make these changes? I know voting and getting active, but what else do you think we could do?

RUSH: Let me ask you a question, in setting this up, ’cause I’ve been asked this question for 30 years. I do not have a go-to answer to this. Because the answer to the question is how do we persuade a bunch of people who do not even pay much attention to any of this?

RUSH: What we believe. I mean, how do we even reach them? That’s number one. And if we reach them, how do we persuade them? That’s up for grabs, how to do that. But let me ask you, do you think Trump is a conservative?

CALLER: Not in conservative — no, I don’t.

RUSH: Does Trump satisfy you ideologically?

RUSH: Has Donald Trump ever identified himself as a conservative?

CALLER: No. And that’s not why I voted for him.

RUSH: If it’s not why you voted for him, why is it paramount that conservatism nevertheless be something that people be presented with and affirmatively support? Trump got elected without talking about it.

CALLER: Right. Exactly. And what I tell people, we needed a problem solver. We had so many problems in this country. And I’m a Christian conservative —

RUSH: Okay. Bingo. Wait. You just answered the question. You just answered your question. Look, I don’t like having to say this, but being honest with you and with myself is paramount. And I can tell you, and you know this without me telling you, that if conservatism and liberalism are brands, the left has succeeded in destroying the brand of conservatism. All you have to do is to tell a neophyte, a young person that doesn’t know ideology from mousetraps, all you have to do is say the word “conservative” and they think you’re talking about a Nazi or a racist —

CALLER: Yes. I can’t tell you how many times I’ve been called a Nazi.

RUSH: So pushing conservatism is not the answer. In addition —

RUSH: — how many conservatives are Never Trumpers? Do you realize that most of the conservative intellectual movement — and I mean magazines and intellectuals, I’m talking about written, in some cases spoken, but magazine writers, columnists, do you realize how many of those conservatives hate Donald Trump, even while he is implementing things they have devoted their lives to, they still hate the guy.

CALLER: You know, Rush, it amazes me how hateful people are towards this man. I am a conservative, but I also am an American first, and I see him as an American man who left everything he had to come and fight for us.

RUSH: Let me close — let me help here. The caller still cannot hear me on the phones here. So I have to keep talking until they catch me in a break. Here’s the thing. This is the point. You just said it. You elected Trump not ’cause he’s a conservative. You elected him because he’s a problem solver. So I would suggest to you, when you’re out and about and if you run into an occasion where you have the opportunity to talk politics, people that don’t agree with you, do not use the word “conservative.”

Do everything else, but don’t call yourself that, don’t promote it, don’t reference it, just talk about we need to solve problems and tell people how you would do it. Leave the label out of it. We’ve got a brand problem. I hate it. I hate having to admit it. But there are too many mind-numbed, brain-dead robots who have a totally incorrect and blasphemes opinion of the word “conservative” and “conservatism” that it’s just — get rid of it. Stop calling yourself that. Just be one. Just talk to people as one.

When you talk to people about issues, refer to them as problems that need to be fixed. Don’t say you’ve got a conservative idea or conservative philosophy. Just articulate it but don’t label it. And my point is I think you’ll have a far better chance of being persuasive if you don’t use the term. And after all, what’s the objective?

CALLER: I do try not to say “conservative” when I’m speaking to people but, you know, that just reiterates to me that he is a problem solver. And I will share with you, I prayed a lot about voting for him. And God told me he would be the gatekeeper of this country. And that was one of the reasons I voted for Trump, because he’s our gatekeeper.

RUSH: Well, one thing is clear. There isn’t anybody else back in 2016 and there may not be anybody else in 2020 who will even agree with us on what the problems are, much less approach them in a way that solves them in ways we support. Trump is — it’s sad to say, you know, one of the things I was hoping was Trump’s courage and his problem solving, his success would breed a bunch of copycats within the Republican Party. And maybe it has and we just don’t know it yet. There are some.

But it has illustrated to me that a lot of people have been telling me all of my life they want solve problems. Here they’ve got the chance to, and they’re not signing up for it, like the Never Trumpers. The Never Trumpers one of the biggest batches of disappointing human beings I have encountered in my lifetime. And I think it’s crucial here that Trump be encouraged and supported when he deserves it and so forth. 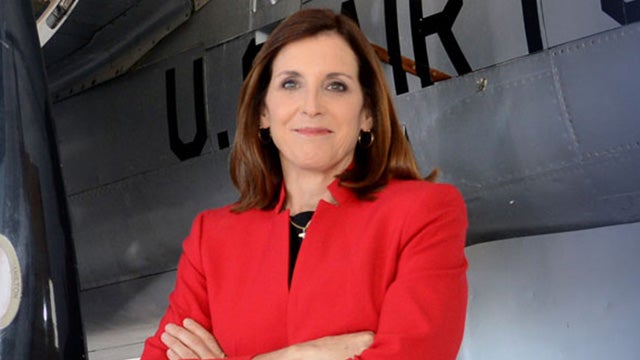 But you talk about 2020, I think the Republican Party primaries are gonna have a lot of people — look at Martha McSally. Martha McSally is a great example. On paper — this is the Republican senatorial candidate in Arizona that went up against this fringe, leftist, lunatic, communist babe that doesn’t even like Arizona. By the way, do you realize this babe has two master’s degrees? This Sinema babe is so overly educated, it’s easy to understand why she’s the crackpot that she is.

Anyway, Martha McSally from the McCain branch of the Republican Party, which, the number one ingredient to be in the McCain branch is hatred of Trump. She, on paper, would be one of the greatest candidates a party could nominate. Record-setting, record-breaking female Air Force fighter pilot. In terms of citizenship, you probably couldn’t find a more solid citizen. Great community person, leader, and so forth.

And yet she lost in a Republican state because she made it clear she wanted nothing to do with Donald Trump. You’re gonna have a bunch of Republicans running for the party nomination in 2020 who are going to come from that standpoint. Many are gonna think, I can’t outdo Trump. I can’t do better. I can’t be a better Trump than Trump is Trump. So it’s gonna be interesting to see what the Republican Party presidential field looks like, ’cause it’s gonna be big.

But in the meantime, you know, that’s two years away, and we have no idea the things are gonna happen in these two years that will shape the 2020 elections. But you are gonna be talking to people tonight, tomorrow, holiday season. Try the idea, be conservative, talk about solving problems, everybody wants to solve problems, everybody acknowledges we have ’em. When you talk about solving them, don’t do it in terms of labels. Don’t say, “I’m a conservative and as such what we need to do–” They’re gonna stop listening to you, the odds are.

Look, I hate admitting this, but there’s some things we just have to acknowledge. The media and the left have succeeded in damaging the label, the brand, if you want. The same goes for Republican, not just conservative. So just live who you are and propose solutions according to your beliefs, but don’t label ’em. I guarantee you you’re gonna find a whole lot more people agreeing with you and saying, “Yeah, yeah, I agree,” who would not if you start off by labeling yourself. See if I’m right. Run a test. All of you. Report back.