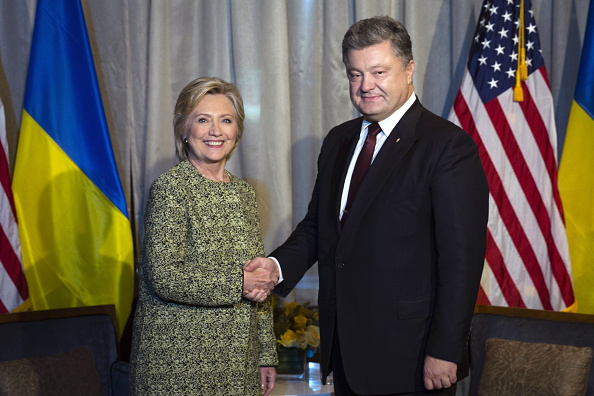 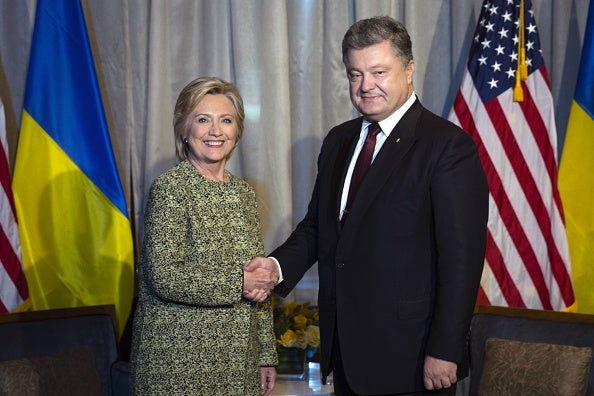 RUSH: “TheHill.com: Ukrainian Prosecutor Investigating Alleged Plot To Aid Hillary Clinton.” This story you will not see in the Drive-By Media. There are two versions of this, one by Sara Carter and the other is by John Solomon. “Ukrainian Prosecutor General Yuriy Lutsenko said he opened an investigation into alleged attempts by Ukrainians to interfere in the United States’ 2016 presidential election on behalf of Hillary Clinton.”

But wouldn’t this just be amazing. “In an interview that aired Wednesday with The Hill’s TV, John Solomon Lutsenko said, ‘today we will launch a criminal investigation about this and we will give legal assessment of this information.’”

Here’s Solomon’s story. He reports that “Ukraine’s top prosecutor has opened an investigation into whether his country’s law enforcement apparatus intentionally leaked”
Paul Manafort’s financial records in order to help Hillary win in 2016. That, by the way, is the dirt that led to Manafort leaving the Trump campaign.

Let me go over this again. We’re kind of in a lighthearted, jocular mood here today in spurts, but this deserves some serious explanation. And by the, the headline that’s attached here to John Solomon’s story: “As Russia Collusion Fades, Ukrainian Plot to Help Clinton Emerges.” So we’re back to is Russian collusion really fading? There wasn’t — don’t misunderstand. There wasn’t any. But is that really what the Mueller report is gonna say?

So many leaks, so much lowering of expectations about this. And I just know how much people try to manipulate us on the left, the Democrat Party. But then again we got Trump out there suggesting that he thinks this report ought to be made public, which would tend to indicate that he’s not worried about it, and so he maybe not be worried about it because he’s been given a heads-up. He says he doesn’t know what’s in it.

But, anyway, let’s look at this. “Ukraine’s top prosecutor divulged in an interview aired Wednesday on Hill.TV that he has opened an investigation into whether his country’s law enforcement apparatus intentionally leaked financial records during the 2016 U.S. presidential campaign about then-Trump campaign chairman Paul Manafort in an effort to sway the election in favor of Hillary Clinton.

“The leak of the so-called black ledger files to U.S. media prompted Manafort’s resignation from the Trump campaign and gave rise to one of the key allegations in the Russia collusion probe that has dogged Trump for the last two and a half years.”

This dirt is what did in fact lead to Manafort leaving the Trump campaign. And it’s what led to Manafort being investigated by Mueller. By the way, not a single lawmaker was contacted by the FBI or the CIA about the Ukraine government being involved in our election this way. It really isn’t anything new, it’s just being reported here for the first time. 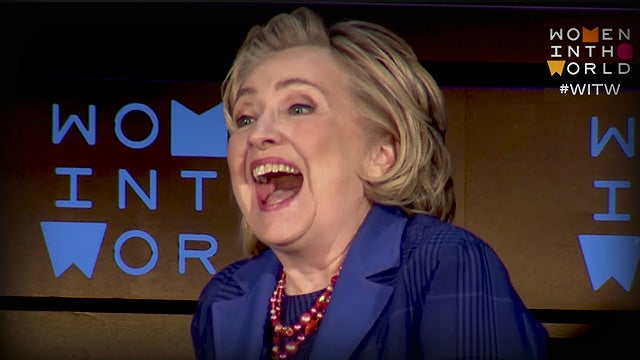 Solomon got his mitts on it. But the FBI, CIA, nobody there was contacted about the possible Ukrainian collusion with the Clinton campaign. And that’s an amazing contrast, is it not, compared to how the FBI and CIA warned a number of lawmakers about Trump’s possible collusion with Russia, which never happened?

But they weren’t out there warning politicians, hey, be very wary the Ukrainians are trying to interfere in the election. Nobody was warned of that when was it happening! You know, we actually first heard about what Ukraine did to help Hillary back in January 2017. We pointed out then that there was a huge article, it was a hundred paragraphs that carefully detailed the work done by the Ukrainian operatives to undermine Trump in order to help Hillary, including giving the Democrat National Committee dirt on Manafort. Nobody has even denied that all of this happened, yet there’s been no outrage at a foreign government interfering in our election. There wasn’t even any Drive-By Media coverage of this story.

Here it is. January 11, 2017, archives of The Politico. “Ukrainian Efforts to Sabotage Trump Backfire.” I don’t expect you remember us talking about this, but I remember the story because it was the exact antithesis of what the American people have been told for two years.

“Donald Trump wasn’t the only presidential candidate whose campaign was boosted by officials of a former Soviet bloc country. Ukrainian government officials tried to help Hillary Clinton and undermine Trump by publicly questioning his fitness for office. They also disseminated documents implicating a top Trump aide,” Paul Manafort. “And they helped Clinton’s allies research damaging information on Trump and his advisers, a Politico investigation found.”

But the story ran in The Politico and nowhere else. January 2017. This is about 10 days before Trump is inaugurated and this story surfaces. And that’s the story that Solomon and Sara Carter are zeroing back to today. And we’ll see where this goes.