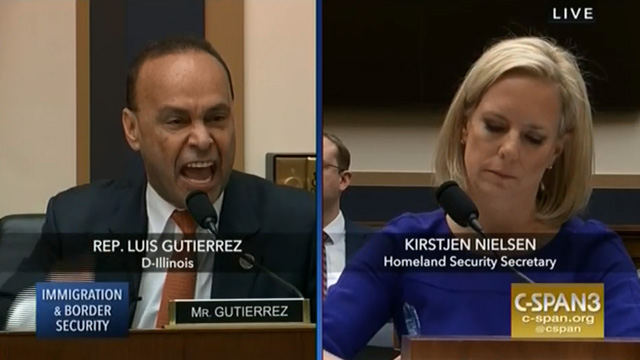 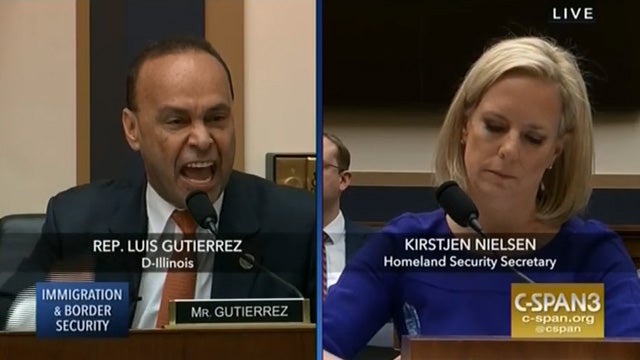 RUSH: Here’s a little side light here. This is happening on C-SPAN or it did happen moments ago. The House immigration committee was having a hearing, and the secretary of Homeland Security was being grilled, was being interrogated, Kirstjen Nielsen.

So it became “the holiday season” and became “happy holidays,” and if you said, “Merry Christmas,” somebody climbed in your chili, got mad at you claimed you’re being selfish and discriminatory and you’re bringing other people down, being exclusionary, all these horrible, rotten things. So everybody dutifully started wishing everybody, “Happy holidays” instead of “Merry Christmas,” and it got to the point when you saw somebody or heard somebody say Merry Christmas, it was unique, when it used to be standard operating procedure.

So now Luis Gutierrez for some reason at this hearing started mocking people who say “Christmas” instead of “holiday season.” And then he said that Donald Trump “would share responsibility for killing Baby Jesus because Baby Jesus had to flee.” It’s a reference to open borders. And then he said, “Thank God there was no wall when Mary and Joseph needed to go to Bethlehem.” For crying out loud!

That’s actually reported and it was actually discussed on CNN. The infobabe that she was telling this to, the anchor, believed it. (summarized) “Well, we’ve heard some stories about Trump’s ego. I guess, yeah, he could be jealous of Jesus. It’s a strange thing to hear, but, yeah, I guess it’s not outside the bounds of possibility.” Come on. This is just. (laughing) So now Luis Gutierrez says Donald Trump “would share responsibility for killing Baby Jesus.” Immigration didn’t kill Baby Jesus.

What’s he talking about here? Jesus had to flee? Thank God there was no wall? And then he accused Kirstjen Nielsen of lying on the policy of separating mothers from their children at the border, which is another made up lie by the Democrats that the media dutifully report as though it’s common practice every day. And that’s worked too. I’ve had, I can’t tell you the number of Republicans say, “The pictures are really bad, Rush.”

“What do you mean, pictures? There weren’t any pictures!”

“Well, you know, the pictures in the media families being separated at the border.” 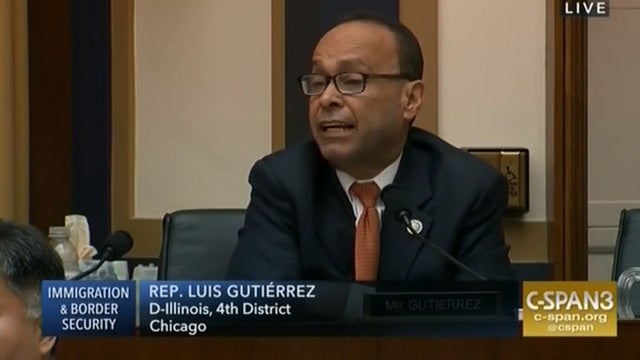 Whatever happened to, “It isn’t happening?” Why can’t you — when people start complaining about the pictures tell them the pictures are lies? Some people don’t want to fight the battles. Anyway, it was on C-SPAN within the past hour. The way these people invoke Jesus… I couldn’t believe it when I heard the Democrats were singing Christmas carols on the floor of the House last night, celebrating their apparent victory at shutting down any attempt at a wall or any attempt at border security.

CALLER: Hi, Rush. I’d like to address that idiotic comment the guy made about if Trump would have been in control, he would have built the wall in Israel and kept Jesus out of Bethlehem?

CALLER: The difference is Mary and Joseph were legal Israelites! That’s it. That’s the difference — and they were obeying the Roman law. So these guys that quote scripture and don’t know what they’re talking about, they drive me nuts, and he’s wrong.

RUSH: Mary and Joseph were obeying tax law. They had to show up and be counted and pay taxes — and when they got where they were going, there wasn’t any room. Here’s the sound bite, by the way. We have it. It’s Luis Gutierrez and it’s at a House Judiciary Committee oversight on the Department of Homeland Security, and they’re grilling Secretary Kirstjen Nielsen.

GUTIERREZ: Have to call ’em “the holiday seasons” to be inclusive. But during Christmas — ’cause the majority always wants to just call it Christmas. But during Christmas, a time in which we celebrate the birth of Jesus Christ — a Jesus Christ who has to flee for his life with Mary and Joseph. Thank God there wasn’t a wall that stopped him from seeking refuge in Egypt. (sic) Thank God that wall wasn’t there, and thank God there wasn’t an administration like this or he would have, too, have perished on the 28th, on the Day of Innocence (sic) when Herod ordered the murder of every child under two years of age. Thank God.

RUSH: Luis, uh, Jesus did not travel with Mary and Joseph. Mary was pregnant. Thank God you weren’t around then or that wouldn’t even have been the case. There wasn’t a wall involved here, but, “Jesus Christ who had to flee for his life with Mary”? Jesus was just unviable tissue mass at the time this happened, Luis, in your world. I mean, these people started misappropriating stories and details. It used to be Mary and Joseph were homeless, and that’s why we had to extend every benefit for the homeless ’cause you never know. The next Christ could come out of the next homeless center.