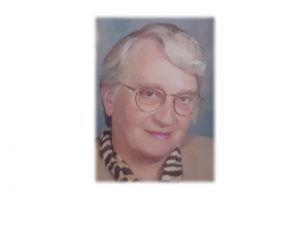 She was born the daughter of the late Buford Skaggs and Dora Johnson Skaggs, on August 30, 1934 in Howell County, Missouri and died July 26, 2019 in West Plains, Missouri.

She was preceded in death by both husbands, Lon Judd and Duane Hall; one daughter, Barbara Clack; one sister Gayle Wiles and one brother, Jessie Joe Skaggs.

She attended the Genesis Church in West Plains. She loved antique cars and going to car shows, quilting, and watching the Sunday morning preachers on television. She was a big fan of Larry’s Country Diner on tv.

Memorial contributions may be made to the American Cancer Society or St. Jude’s Children’s Hospital, and can be left at Carter Funeral Home, West Plains.

Burial will be in Howell Memorial Park Cemetery under the direction of Carter Funeral Home, Inc., West