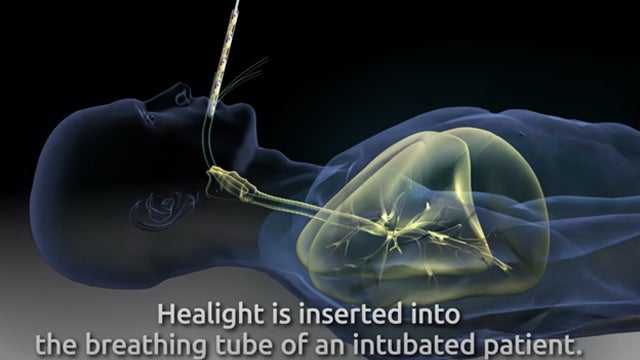 RUSH: No, it is not some newfangled, weirdo thing that ultraviolet light can do damage to viruses and bacteria. How many people in the Drive-By Media do you think have an ultraviolet light sanitizer? How many of you do? They’re selling like hotcakes out there. “Disinfect your iPhone! Put it in this little container here.”

RUSH: I’ll tell you what. Dr. Birx apparently was unfamiliar with this latest application of ultraviolet light in a catheter inserted in the breathing tube of somebody who is intubated, but Trump never told anybody to drink Lysol or inject their lungs with Drano! It’s just absurd. Anyway, greetings, and welcome back. 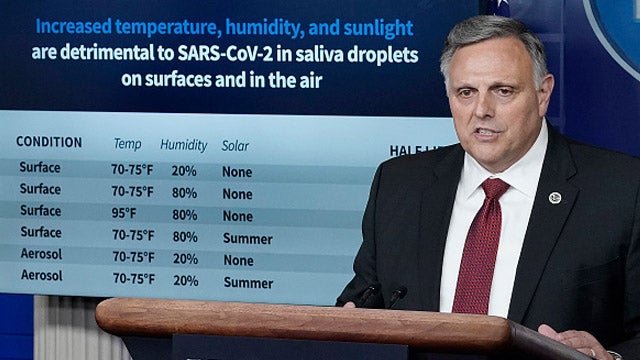 It’s Open Line Friday, Rush Limbaugh, doing what I was born to do, having more fun than a human being should be allowed to have. The phone number if you want to join the program, 800-282-2882. Here you go. Homeland Security official: “I can tell you that bleach will kill the virus in five minutes.

“Isopropyl alcohol,” that’s rubbing alcohol, for those of you in Rio Linda, “will kill the virus in 30 seconds,” and that’s with no manipulation, no rubbing. It just does it. “New research from the Department of Homeland Security shows that sunlight and humidity killed the coronavirus quickly.”

This announcement was made yesterday at the coronavirus task force briefing by William Bryan, who is the acting undersecretary for science and technology at Homeland Security. He said, “Increasing the temperature and the humidity of potentially contaminated indoor spaces appears to reduce the stability of the virus.”

He said that the Department of Homeland Security’s testing “showed that there was a very significant difference when the coronavirus is exposed to ultraviolet rays.” He said this yesterday, and that “extra care may be warranted for dry environments that do not have exposure to solar light.”

You know what? I’m gonna send the link. It’s a YouTube video. It’s kind of a frustrating thing. You know, I hate videos ’cause I can learn much faster by reading something. This video is doubly frustrating, ’cause it’s text. It’s a minute and 40 seconds, and 95% of it’s text, and then the last 5% of it is a graphic of how this device is used in a tube, in a breathing tube of an intubated patient.

So here. You know, I’m gonna do this right now. I’m gonna do it in the middle of the programming segment. I’m gonna pick up my trusty iPhone here and I’m going to send this thing up to Koko. Ah, wait. I got to do it here over the computer. Hang on folks. You want able to see this video. I’m gonna get this done real quick here.

Here we go. (typing) Okay, George. Keep your email there, Koko, and you’ll see have it up for you at RushLimbaugh.com in mere moments. You click on it. It’s a minute and 40 seconds, and the name of the company is at the end of video. It’s developed at Cedars-Sinai.

But the point is all this was announced yesterday, that UV light does a number on viruses and bacteria, including the coronavirus, and all Trump did was inquire about the application of this inside the body. He was talking about light. Grab it again. Sound bite 16. Here we go in three… (I’m slowing down here, allowing the broadcast engineer to find it) two … one.

THE PRESIDENT: So supposing we hit the body with a tremendous — whether it’s ultraviolet or just very powerful light, and I think you said that hasn’t been checked, but you’re going to test it. And then I said supposing you brought the light inside the body, which you can do either through the skin or in some other way, and I think you said you’re going to test that too. Sounds interesting.

RUSH: All right. Stop tape. He’s asking the same question about the disinfectant: “Is there a way to apply it or the science behind it inside the body? It was a natural curious thing for somebody to ask. It did not represent doofus status. It did not represent idiocy or stupidity. But this is how they react to Trump on virtually everything he says.

Wanting to know if there’s a way to use the UV light magic inside the body is a, to me, very intelligent IQ question. And the same thing with is there a way to do what disinfectants do, as you’re talking about isopropyl and all that, wipes it out 30 seconds.

Is there a way to apply how that happens inside the body? There’s nobody talking about injecting anybody with the stuff! How many of you have UV light systems in your air conditioners? You have… All of us have more ultraviolet light emitters in our lives than you would even realize. It’s completely safe. You can’t see it.

Have you ever tried…? One of the latest gotta-have gadgets is one of these little sanitizers for your phone, your cell phone — and it’s just a case. And you open the top of the case, put the phone in there, and you turn the case on. You’re supposed to leave it alone for maximum 30 minutes. How many of you have done this and tried to pop the top to see what’s happening?

You can’t see it, by the way. It will shut down the minute you open the case anyway.