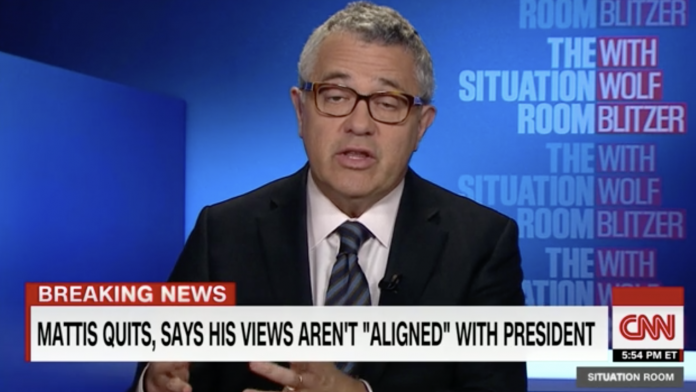 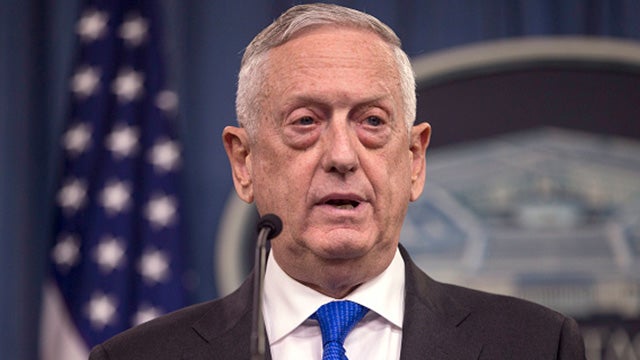 RUSH: One more audio sound bite demonstrating media meltdown and we’ll go back to the phones. This Jeffrey Toobin last night on The Situation Room with Wolf… Oh! There’s another great one I know I… Do I have it here? Wolf Blitzer interviewing Stephen Miller about… (interruption) Yeah, 17 and 18. We’ve got that too. But here’s Toobin, and this is about the resignation of Mattis, and they’re melting down over it. They just… They all think we’re gonna do die now because Mattis is leaving. And of course, Mattis is right ’cause Mattis knows that Trump is a boob. Mattis knows that Trump is… But Mattis can’t take it anymore, and this is Jeffrey Toobin’s reaction…

TOOBIN: Mattis is a representative of a broad Washington consensus about military matters. He is not known as a particularly political person. But he’s out now. And, you know, the phrase “grown-ups in the room” is probably overused and maybe not even that useful. But there are no more grown-ups in the room! You know, remember, there was McMaster too. McMaster’s gone, and Kelly’s gone, and now Mattis is gone. And we’ll see who’s in charge now. And they’ve all got nuclear weapons! 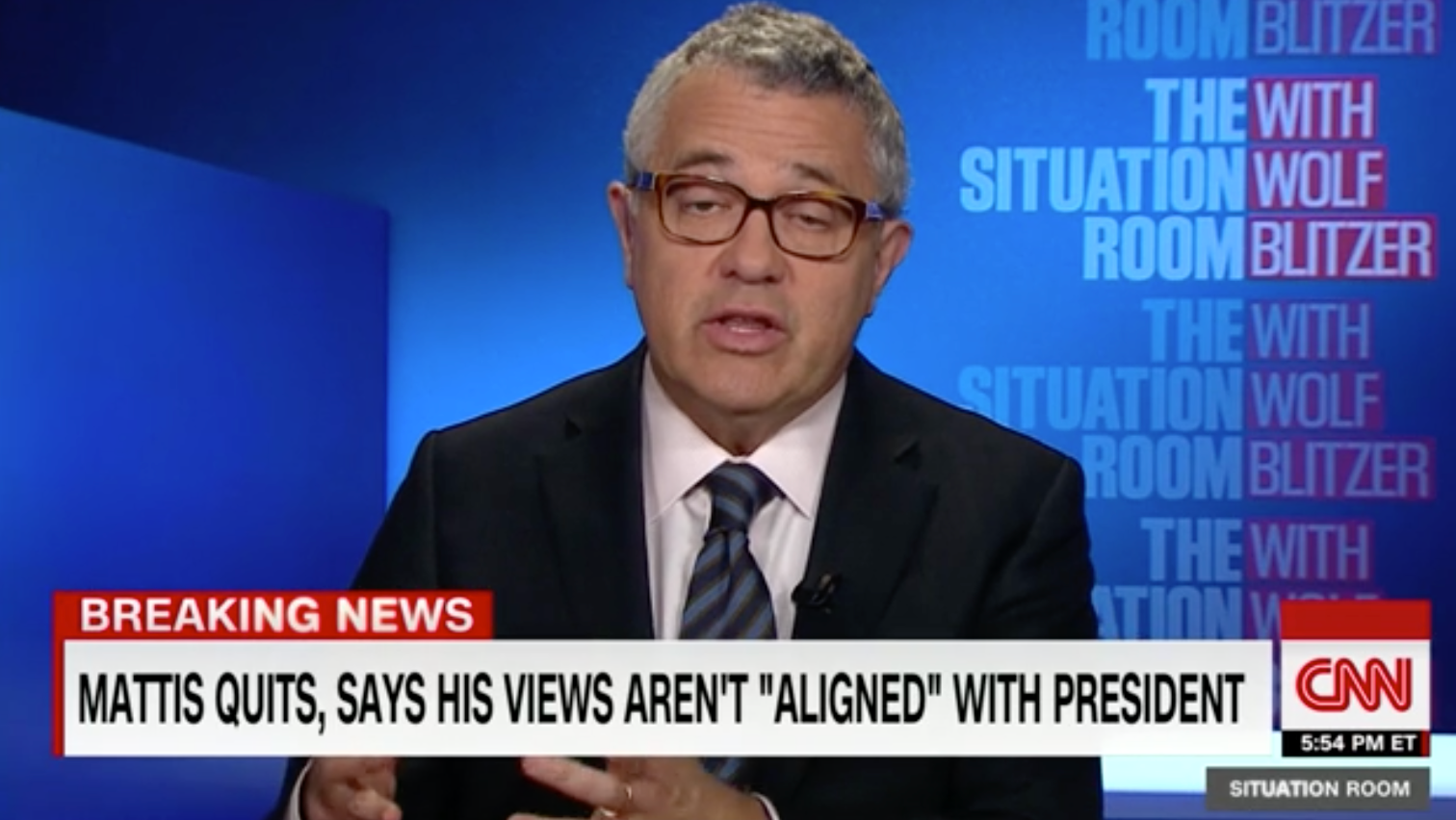 RUSH: (sobbing) “Oh, no! Oh, no! Ohhhh, no! Trump is all alone with nuclear weapons. Oh, no! Oh, my God. We’re gonna die even before climate change gets us, oh, my God, Trump’s alone with nuclear weapons!” They’re back to this again. Everything is circuitous, circular with these people. You notice he said, “Mattis is representative of a broad Washington consensus on military matters.” You know what that means? “The establishment has its way of doing things militarily and foreign policy, and this guy Trump has come in here and he’s like a bull in the china shop and he’s upsetting everything.” Yeah, that’s exactly what we elected him to do! Because it wasn’t working. So this is what pushback looks like.

RUSH: We have more audio sound bites coming of the meltdown in Washington over the potential shutdown and also the resignation of James “Mad Dog” Mattis as the secretary of defense. That’s coming up. I want to grab another phone call first. Columbia, Maryland, and Joanna. Great to have you. Hi.

CALLER: Merry Christmas. I just want to say thank you for everything do and I’d like to give a shout-out to President Trump. “Thank you for standing firm. It’s wonderful to say Nancy Pelosi and Chuck Schumer look like they are lost.”

RUSH: Well, they certainly looked frustrated and a little blindsided here because none of this is shaking out as they were celebrating it on Wednesday night.

CALLER: Thank you so much for everything you do. Merry Christmas — and again, I just wanted to say that President Trump, we have your back.

What would you say? Not the clan, but he was the entourage. He’s a naturally funny guy, good guy. She is renowned as the conscience of the literary left, and she is routinely asked to appear on places like MSNBC and C-SPAN to provide the reasoned and well-spoken, articulate reaction to whatever it is that is going on in the country, and she was on CNN today with Alisyn Camerota on New Day and she got this question: “Doris, have you ever seen a precedent for a president causing more chaos in the country than he has contained?”

GOODWIN: I do think the exacerbation of that crisis… I mean, James Buchanan exacerbated in the 1850s, and it goes down in history as one of the worst presidents. I mean, I’ve lived with these guys I feel like for a long time, from the 1850s to the 1880s to the 1920s to the 1940s to the 60s, and now. It’s true when people say that this is unprecedented. It’s something very different, except for the 1850s, which ended up in the Civil War. And that’s the last kind of outcome we want of this. We’ve got a real sense of crisis in the country. The high partisanship is something we haven’t seen since the 1850s. We need somebody to heal those divisions, not to exacerbate them. 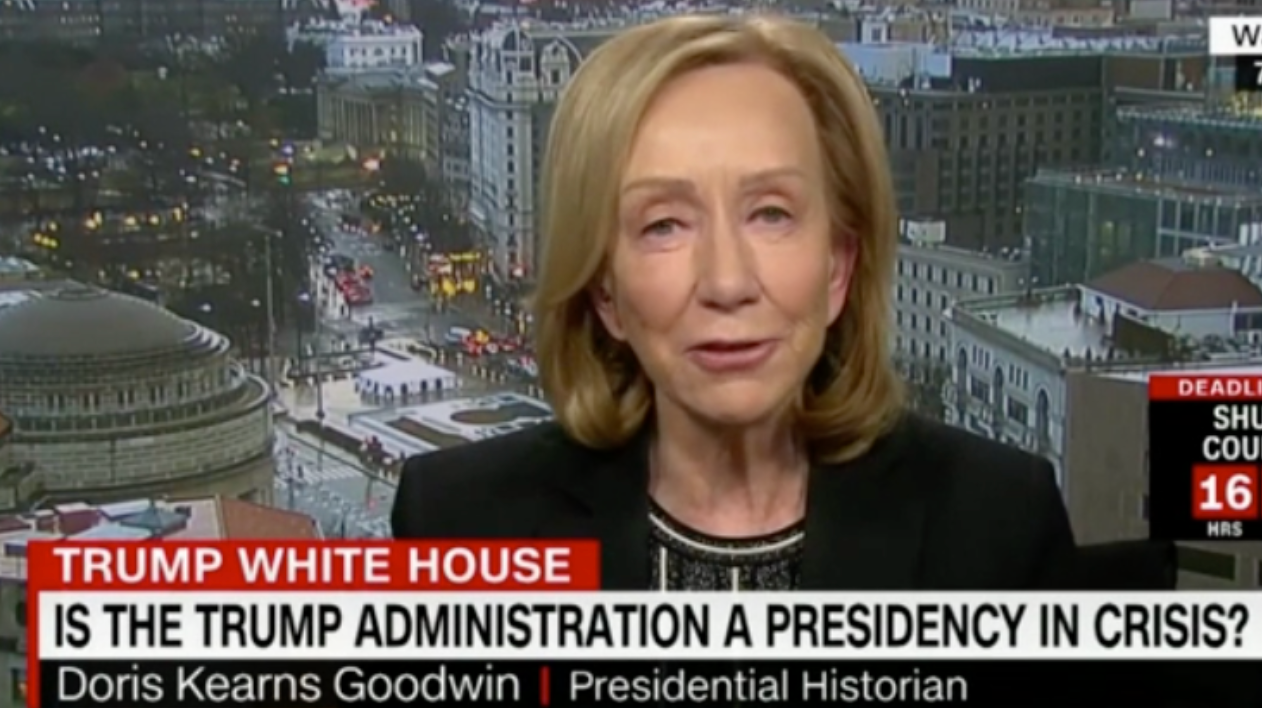 RUSH: Excuse me, but what do you mean we haven’t seen this high partisanship? Trump is not even a partisan! You know, that’s what’s remarkable about this. Trump is not an ideologue. Donald Trump does not even think in those terms. He thinks Democrats do this and that, but he doesn’t think in terms of liberal-conservative. Ask yourself the last time you ever heard Donald Trump use these terms, either describing himself or anybody else. He doesn’t.

To put him somehow at the top of the heap of partisanship? The simple fact of the matter is — and I’ve been around here for… Well, doing this for 30 years and for many years prior to that. When she says, “The high partisanship is something we haven’t seen since the 1850s,” I’m telling, that is just flat-out bunk. The Democrat Party has been exhibiting and portraying and participating and causing partisanship my entire life. The Democrat Party and the American left epitomized partisanship. In their minds, they aren’t partisan.

They are what “is.” The only partisans are the people that disagree with them, and when people come along who disagree with them, they try to crush any and all of that dissent. They don’t tolerate it, they don’t broker it, they don’t have any patience for it whatsoever. There is no compromise, bipartisanship. Bipartisanship is Republicans lose. Compromise is Republicans lose; Democrats win. These people are the most partisan, bloodthirsty, vicious, mean-spirited extremists I have seen.

And here she’s thinking we’ve never seen partisanship like this since the Civil War? What partisanship? We simply have a president who’s implementing his agenda that he was elected to implement! That’s all Donald Trump is doing, by the way. Even the pull out of Syria. You may not like it, but whether it’s trade deals where America is being taken advantage of or foreign entanglements, Donald Trump said, “Those days are over.

“If Syria or other people want to defend themselves, then let them help! The American taxpayer is not gonna continue, ad infinitum, to pay for all this when it never seems to end or get resolved.” Same thing with trade deal. Everything Trump is doing, he was elected to do. How that becomes “partisanship,” the equivalent to that of the 1850s? But she’s thinking that we might be on the way to a civil war here, folks.