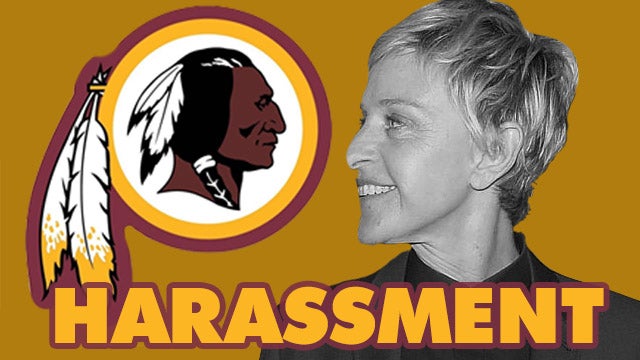 RUSH: The Official Program Observer, Mr. Snerdley — (interruption) Yeah. Well, yeah, this is a very important program. We have a program observer. We have somebody who observes it and documents it and archives it for history. We don’t just let this program go off into the ether. RushLimbaugh.com is also the official archivist of the EIB Network. And you could call them program observers. But the actual title goes to Mr. Snerdley, who also is the official screener of calls. 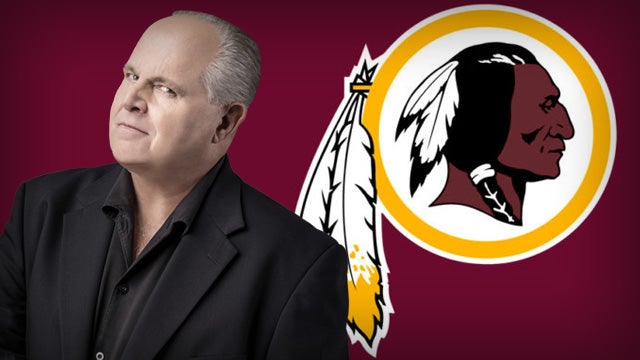 Well, we know now what it is. “15 Women Allege Sexual Misconduct by Former Washington NFL Team Employees.” (interruption) Well, you hadn’t heard this yet? “Fifteen women who previously worked for Washington’s NFL organization –” they don’t say Redskins anymore. This is ESPN’s story.

“Fifteen women who previously worked for Washington’s NFL organization -” the Redskins “– have alleged sexual harassment and verbal abuse by former scouts and members of owner Daniel Snyder’s inner circle,” according to the Washington Post.

Now, Snyder is alleged to have done none of this, but that he may have known about it. It was his inner circle engaged in it. “Among those accused of misconduct are former director of pro personnel Alex Santos -” Now, for those of you who do not understand the organizational structure of a football, “What is a director of pro personnel?” Everybody on a pro football team is a pro.

“So are you telling me that you have a director of pro personnel? You got somebody that’s in charge of the players? What’s the general manager do? What’s the coach do?”

RUSH: Now, let me ask you a question. I want to read to you a statement here from the NFL that they released this morning. This is after the news hit that 15 women have alleged sexual misconduct and bullying and verbal abuse by former scouts and members of the Redskins front office.

Do Democrats believe that? Ask your Democrat friends if they 100 percent agree that everyone has the right to work in an environment free from any and all forms of harassment. You know what they’re gonna say?

“Hell, yeah. Damn right. Everybody has a right, a constitutional right to not be harassed and to work free from of all forms of harassment. Damn right.” Okay. Then ask these same Democrats if it’d be okay for somebody in their office to wear a Make America Great Again hat to work. Ask ’em if it would be okay to come to work with a Trump bumper sticker on their car. Ask them if they would defend a coworker who, when asked, proudly says he or she is gonna be voting for Trump in November.

Like our justice system, we have a two-tier system of harassment. Democrats are allowed to get away with it wherever. They can harass cops, they can beat cops up, they can beat cops up with canes. They’re not gonna be charged. You better not defend your property like the McCloskeys in St. Louis. You got a mob outside your front door on the way to the mayor’s house, you better not go out with a gun that you have and try to use it to threaten these people and not attack you or your property ’cause you will be held to account.

Oh. There’s a companion story. Looky here. “Former Ellen DeGeneres staffers bash ‘toxic’ workplace culture on her talk show.” Have you heard about this? “A black woman -” oh, no. You don’t say. “A black woman working on The Ellen DeGeneres Show said she repeatedly dealt with racist comments and microaggressions in yet another damning story relating to,” Ellen DeGeneres, the alleged comedian. “The former employee was among 11 mostly former staffers who detailed horror stories from the ‘toxic’ work environment at the show in a Buzzfeed article Thursday, pulling the curtain back on the cheery comedic host.”

Now, you probably have heard or seen people say that Daniel Snyder must sell his team due to all this harassment, the charges brought to light by the Washington Post. They say that Snyder, he may not have been the subject of the complaints, he may not have been one of the perps, but he’s responsible, and he should sell the team.

One story’s about a white guy who owns an NFL franchise. Sexual harassment is alleged. The other concerns a white woman who owns a television show in Hollywood. Racism is alleged. Think these two situations would be viewed by the fake news media as the same or different? Ha! We know the answer.

Quote, “My own forays into Wrongthink have made me the subject of constant bullying by colleagues who disagree with my views. They have called me a Nazi and a racist; I have learned to brush off comments about how I’m ‘writing about the Jews again.’ 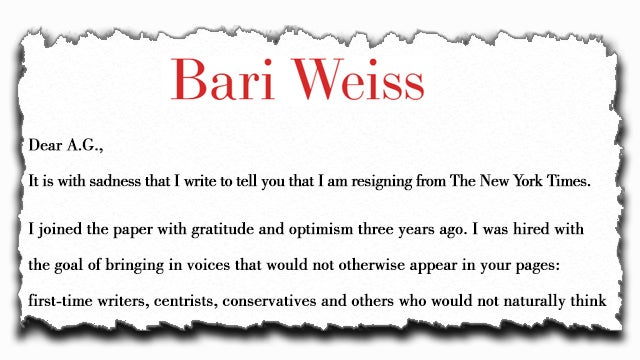 “Several colleagues perceived to be friendly with me were badgered by coworkers. My work and my character are openly demeaned on company-wide Slack channels where masthead editors regularly weigh in. There, some coworkers insist I need to be rooted out if this company is to be a truly ‘inclusive’ one, while others post ax emojis next to my name. Still other New York Times employees publicly smear me as a liar and a bigot on Twitter with no fear that harassing me will be met with appropriate action. They never are.”

There are terms for all of this. Unlawful discrimination, hostile work environment, constructive discharge. So they’ve got this gigantic story in the Washington Post on how horrible it is to work at the Washington Redskins, and the story of Bari Weiss didn’t last more than a day about the hostile work environment, the discrimination, the bigotry and the racism at the New York Times. Isn’t it amazing how the Times gets a pass, no concern, but they can’t wait to dump on the Redskins and Daniel Snyder?

RUSH: I just have to note, I’m looking at Fox, and they’re just going overboard on this Redskins story. They can’t drop it. It’s all they’re talking about. And, of course, everybody’s already forgotten about the abuse, the harassment, the anti-Semitism in the New York Times newsroom that Bari Weiss resigned over. She quit. She had this massive public resignation letter, and now here comes this story in the Washington Post and the Redskins that totally sweeps aside the same damn set of circumstances happening at the New York Times.

There will not be one panel discussion assembled on what needs to change at the New York Times. There won’t be one. They’re not even talking about it anymore. Now they’re off and running on this Redskins business even though the people that were involved have been fired, been let go, they’ve been shamed, they’ve been named. They’re dumping on the Redskins, getting rid of the name. Now they’re gonna be pressuring Snyder to sell the team, and none of this is gonna make anybody happy.