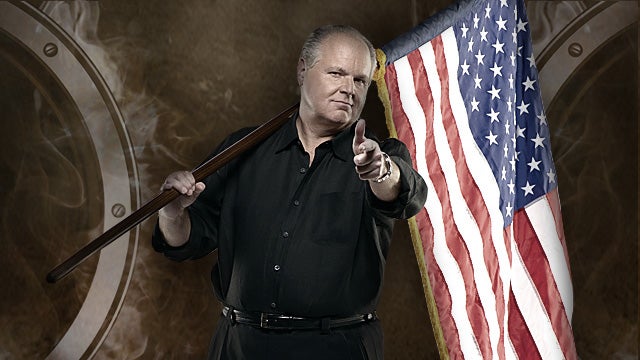 RUSH: Yes sirree. Three hours of broadcast excellence straight ahead, and we’re looking forward to chatting with you. Telephone number, if you want to be on the program, is what it always is: 800-282-2882. And the email address, ElRushbo@eibnet.us.

We can absolutely win this thing. I’ve got a bunch of things here that I have put together in show prep that indicate how we’re gonna do this, how it’s on the verge of happening again, almost a replay of 2016. But the bottom line is, we have to win this thing. We have to. I cannot imagine what our country looks like if we don’t, folks.

People ask me constantly, “What can I do, Rush? What can I do?” As though there’s something more important than voting, or at least something as important and it’s maybe some big secret out there. “What is it I can do?”

We have the power. We can save our country. We have to save our country. We can do it by reelecting Donald Trump. But every single one of you has to get out there and vote. This is not a cliche. It’s not something that’s easy to say and then I can say I fulfilled my responsibility.

Now, I think the turnout this year is gonna be through the roof. I think young people are gonna vote, and I think they’re gonna vote for Trump. I think Trump’s gonna clean up in the African-American vote as well. But you can’t sit by and rely on other people to make that happen. You have to participate in it yourself. Now, if you voted or if you plan to vote, don’t get mad at me for reminding you because I’m talking to people who haven’t. And I’ll guarantee you in an audience this size, there are still a lot of people who don’t yet know if they are going to vote.

You may know people who think their vote doesn’t matter, they’re just one citizen out of 300 million, how can their vote possibly matter, then you start talking about fraud. Broom all of that and rethink it. Your vote matters. You are an American. You are a citizen. You have an equal say with everybody else in this country who votes. But only if you do. It’s vital. Every single vote does count. Every single vote matters. And I’m telling you, if everybody in this audience, if you all vote and you bring along others to vote, you will make the difference, you will make a significant difference. President Trump’s record, promises made, promises kept is outstanding. He deserves to be reelected.

Some other things here. The only thing — and I’m gonna get more into this as the program unfolds today. I’ve been making a big point out of how all of us Americans some years ago used to have a lot of things in common in terms of our desires for ourselves and our country and how we don’t anymore. We do not have very much in common with today’s left or the Democrat Party. And I’m gonna go through that with even greater detail today to illustrate it for you.

Part and parcel of that is this. The only thing right now that Joe Biden has going for him is the D next to his name. And the only reason that that matters is what that D represents to people. And that D standing for the Democrat Party doesn’t mean what it used to mean, despite millions of people thinking that it does. We have to break down the old the narrative, the same old narrative that the Democrat Party is the more caring party. Simply not true. I don’t know that it ever was true, but I know that it is not true now. 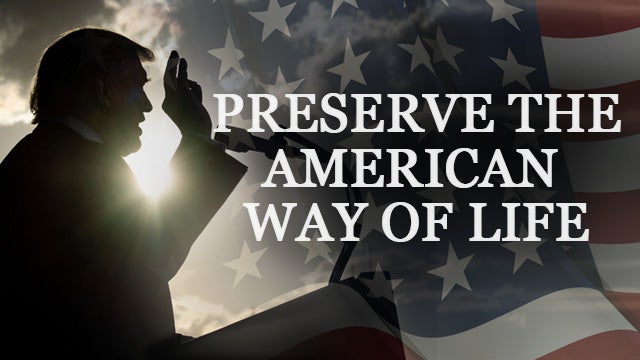 A party of compassion does not treat people as incompetent and incapable and try to make them live lives that way. A party that is compassionate would want to show people how to maximize their lives, how to maximize the opportunity being an American citizen presents. Instead, today’s Democrat Party, today’s American left exists to destroy the United States, to criticize Western civilization, the American way of life, because it gets in the way of their political agenda.

We want everybody to find out who they are so that they can be the best they can be. We want jobs galore. We are eternal optimists. We believe in the growth of the U.S. economy and the rising tide lifting all boats. We believe in low taxes, fewer regulations so that Americans can build their small businesses, better their lives and truly prosper.

In other words, we believe in the Trump agenda. This is what the first three, maybe a little more than 3-1/2 years now of the Trump administration has brought to the United States. We want all of you to prosper. We want everybody to live the best life you can. You know why? We only get one. I don’t mean to sound cliched, but we all only get one.

You could look at it as we get a do-over every day.

If we screw up here, make a mistake there, then the next day offers an opportunity to fix the mistake we created. But the point is, we only get one, and it is special. The most special thing on earth is human life. It’s distinct; it’s unique; it’s different. We all are blessed to have been born and have this life, and we wish everybody to maximize it, and that’s the blessing of being an American.

But today’s left, today’s Democrat Party does not believe any of that. They don’t believe it’s possible. They don’t want it for people because it interrupts their path to power. Please believe me. I know it’s, “Rush, these people are not that mean.” It’s not a question of whether they’re mean or not, folks. It’s just they don’t think the way we do, and they certainly don’t believe in you the way we do.

They’ve been doing it for 50 years. So the point is, ladies and gentlemen, we have these two competing visions, and now one of these completing visions literally seeks to eliminate the United States of America that we’ve all known, that we’ve assumed will always be here, that we love and adore and that we have invested in.

They literally wish to tear it apart and rebuild it. They don’t like the Constitution. They don’t believe in it. They believe this is a slave state that’s irredeemable and a nation that cannot be fixed, and that’s their excuse for wanting to rip it apart and start anew. So, yeah, what can you do?

Do not think it doesn’t. The only time your vote doesn’t matter is when you don’t vote. Your vote matters, and it’s worth trying to convince as many people as you can to go with you and to vote the way you’re going to vote. You want to talk about power? Do that.