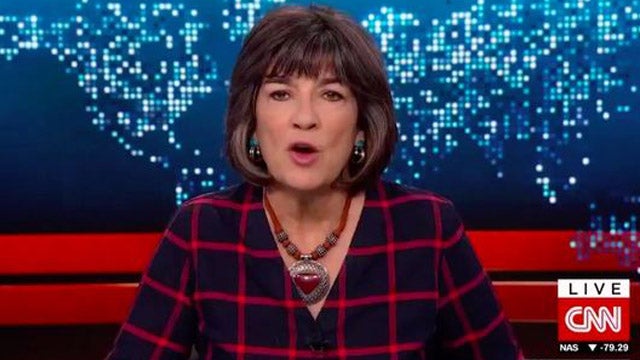 RUSH: This is Geoff in Spokane, Washington. Great to have you, sir. Hi.

CALLER: Good morning, Rush. Thank you very much for taking my call. You started off the show this morning talking about Governor Inslee and shutting down Thanksgiving. I also wanted to add to that that the governor’s office is asking everyone to report “restriction violators.” So, the —

RUSH: Oh, yeah. I’m not surprised at that at all out there, Geoff.

CALLER: It’s just crazy. I feel like, honestly, from history of what Germany what must have been like.

RUSH: Oh, by the way, speaking of that, did you hear Christiane Amanpour apologized to Trump for comparing his presidency to Kristallnacht? In other words, she went out there and she compared Trump’s presidency to the rounding up of Jews and sending them off to the chambers. Somebody obviously got to her and said, “You can say what you want about Trump, but that’s a little bit…”

So she — and, again, this story is gonna be buried somewhere in The Stack. I’ve got little things like that, folks, that I’ve tried to put judiciously in the right place in stacks where I think they would come up in the normal ebb and flow, but that’s exactly right. Yep. Here it is. I lucked out finding this one. This is Jerusalem Post. “CNN’s Christiane Amanpour apologizes for comparing Trump era,” meaning his presidency, “to Kristallnacht.”

“‘I should not have juxtaposed the two thoughts. Hitler and his evils stand alone, of course, in history. I regret any pain my statement may have caused.’ She issued this apology during her show yesterday following outrage from Israel after she compared Trump’s presidency to the Nazi Kristallnacht pogrom.”

Now, she, of course, is very sensitive as a foreign policy journalist and expert and so forth, and Israel loves Trump. Israeli leadership loves Trump. She’s out there comparing his presidency to Kristallnacht. “I observed the 82nd anniversary of Kristallnacht, as I often do — it is the event that began the horrors of the Holocaust.

“I also noted President Trump’s attacks on history, facts, knowledge, and truth. I should not have juxtaposed the two thoughts. Hitler and his evils stand alone, of course, in history. I regret any pain my statement may have caused.’” What would even give you the thought, Christiane Amanpour? See, people run around and say these things and then issue these apologies.

Go ahead, but I don’t accept the apology, frankly. I don’t. You said it. You meant it. You think it. It’s just that somebody called you on it that you care about. But you think it. That’s what’s wrong with you people. You think all of this stuff that you say about Trump, about us, about more than half the country. This is what you think.

Trump pushes back on this stuff, as do we.