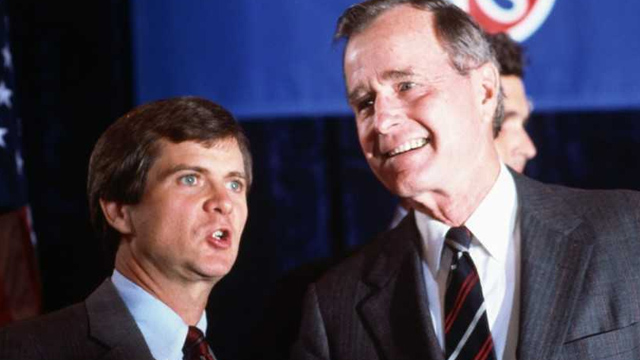 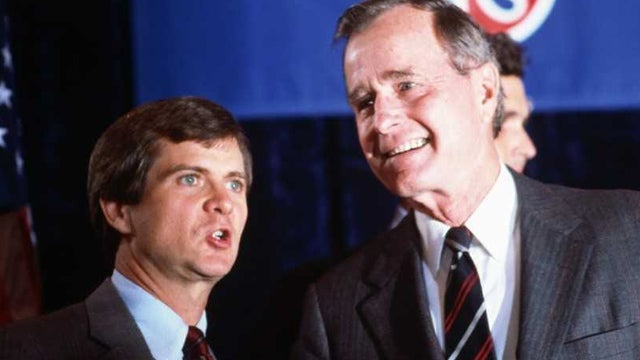 RUSH: Folks, I just got an email from Victor Davis Hanson, and it really has an important point to make here in two different ways. And especially in this overflowing effort of the Drive-By Media to portray Bush as the epitome of civility and dignity and sophistication.

Victor Davis Hanson: Hey, Rush, don’t you think the media is sort of missing the role of Lee Atwater in 1988 versus his absence in ’91 and ’92?

I mean, Atwater is considered a hero by the people who were with Bush in that era, but he died; he had brain cancer; he passed away; he was not present for the campaign in 1992. And the contrast in the two campaigns, the ’92 reelection campaign and George H. W. Bush’s presidential campaign in 1988, the difference was so stark.

One of the relevant factors here is how much the media hated Lee Atwater. I cannot tell you. The hatred for Lee Atwater today remains, it is visceral, because he was one of the first effective Republican political campaign consultants who was able to turn Democrat tactics right around on them.

You know, when this program started in August of 1988, George H. W. Bush was down 17 points to this loser, Dukakis. And Lee Atwater finally came on board and got that campaign turned around, and Victor here is reminding me that they hit Dukakis hard on the Boston Harbor. They were hitting Dukakis hard on being a wimp on national security; so Dukakis had to go out and pose for a picture in a tank wearing a helmet and an Army you’re familiar with. And he ended up looking like out of the Beetle Bailey comic series. It was a humiliating thing. 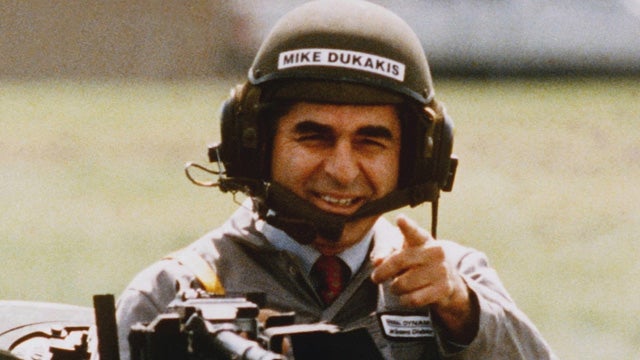 The Willie Horton ad, Atwater got blamed for that. He might have some lineage to it but it was not Atwater’s ad; it was not Bush’s. It was a guy named Floyd Brown. But it was Algore who first brought the nation’s attention to Willie Horton in the Democrat primaries for president that year. Oh, yeah. Algore wanted to be president in 1988, and he ran against Dukakis, Dukakis won, but Algore brought up the prison furloughs that Dukakis had become famous for, and he was the guy who discovered Willie Horton. Look. There’s more on this, but I gotta take a break. We’ll be right back. Oh, that’s right. Already took the break. I usually take it about now but I took it earlier because I’d finished the Bob Dole situation.

So this is the point that Victor Davis Hanson’s making in the email. After winning in ’88, Bush — he might have felt bad about adopting the hardball tactics because Atwater was known for them. And there was — and I recall this — there was an undercurrent that Bush was not happy with the overall tone even though he won. And, by the way, they turned around a 17-point deficit.

We had so much fun with that campaign. The Dukakis campaign literally fell apart because of Atwater’s tactics, and we chronicled it here on the EIB Network. Atwater got brain tumor. And you know what he did? And this — I’ll never forget — this did not sit well. Atwater apologized to Dukakis before he passed away in 1991. Atwater apologized for the tactics that he had used.

And media said, “Well, this is just Atwater trying to get right with God, because he’s got a brain tumor, he knows he’s gonna die.” And so they didn’t think it was serious, but they heralded it nevertheless. And so they ran stories, “Republican admits foul ball tactics used, Republicans sorry for mistreatment of Dukakis.” They did everything they could to discredit Atwater for what he had done. But no one mentioned that Dukakis didn’t run a clean and pure as the wind-driven snow campaign. He ran a tough one.

Oh, yeah, then Bernard Shaw said, “Governor Dukakis, if your wife was raped, what’d you do?” “Well, Bernard, it depends. If the rapist had come from a poor family and tough economic situation.” People said, “What? You mean, you might find a way to excuse the rapist?” “Well, yes, but –” Dukakis was trying to be the good liberal. You know, no criminal’s actually responsible for what a criminal does. It’s socioeconomic circumstances that create a criminal. And he was trying to be duly sensitive, but he had no ability, had no range of emotion, had no desire to express any.

And Bernard Shaw thought he was tossing him a softball. It was in a presidential debate. And then Kitty Dukakis. Ah, what a tragic story. She started drinking lighter fluid. Remember that? Well, sniffing it, whatever you. Well, we had a Pat Metheny tune that we used as Dukakis enters the stage song. Might grab that out of the archives. We’ll maybe in the next segment play it.

Anyway, ’92 comes, and Bush had lost Atwater. And he decided as an incumbent that he could refute the toxicity of Atwater. Atwater had apologized. And so he thought that it would serve him well to now be presidential and not do the typical kind of campaign that he had done to win in 1988, and he kind of waved good-bye to Atwater, the so-called toxic legacy of Atwater. And he lost. Nobly but badly. What a great turn of phrase there from Victor Davis Hanson. He lost nobly but badly.

Meanwhile, it was Clinton-Gore that set up the war room. And I’ve got some audio sound bites coming from Stephanopoulos and Carville about what they really thought of George H. W. Bush and what they were talking and saying about him in the 1992 campaign. Even Sidney Blumenthal admitted that Atwater might have run a far tougher campaign against Clinton had he lived. Blumenthal was more vicious than Atwater could ever pretend to be, but regardless. All these memories are flooding back here. They hated Atwater. And the idea that they’re praising Bush now, the lies, the fact that they just could not stomach what Atwater was doing.

Okay. We have our musical interlude. Things began to turn south for the Dukakis campaign shortly after this show went on the air, August 1st, 1988. And it began to get – I remember specific details, but I do know the campaign, it began to get embarrassing, with Dukakis and the Beetle Bailey picture in the tank wearing the helmet. He was driving around. He had to show his toughness on the military, and he got in this tank and they were driving it around and he had on this helmet and literally looked like Beetle Bailey.

And it was just a joke. And the picture never goes away, as you’re aware. So they reconvened back to Boston where Dukakis was from to try to reenergize the campaign. They were gonna have this gigantic rally in the afternoon, and I imagined the orchestra and the band tuning up, getting ready for the Dukakis press conference and his big rally here, and this is what we used for it. It’s Pat Metheny, actually.

By the way, it’s hard to play this badly. Takes a lot of talent.

They’re just tuning up here getting ready for Dukakis to be introduced.

The crowd’s in the hall. I mean, everybody’s assembled. Just waiting for the big moment for Dukakis to be introduced, to come out and announce the strategies that are gonna save the campaign.

Dukakis to be announced here.

And here it is.

And now the interlude, Dukakis is on stage, walking around, shaking people’s hands, getting ready to stride to the microphone to begin his eagerly anticipated remarks on how to save the campaign.

And the crowd went nuts and they started applauding, and that’s how we portrayed Dukakis’ campaign.