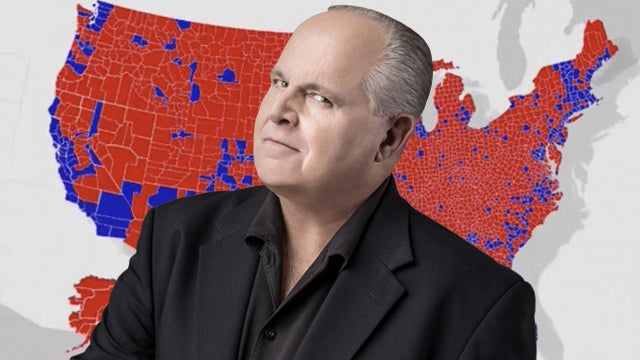 RUSH: Barbara in San Antonio, you are next. Welcome to our show. Hi.

CALLER: Hi, Rush. First of all, I want to say that I’ve been praying for you — and after being married for 37 years to my husband who passed away eight years ago, I really haven’t prayed much. But thanks to you, I’m praying more again.

RUSH: Well, thank you. Thank you very much. I sincerely appreciate that.

CALLER: I am one of the 75 million people who voted for Trump. And I’m very angry about the corruption of our election and the process of our stolen election. And I would like to know, is it possible for the rest of us to get a list of the politicians who are supporting Trump through this and the politicians who are not so that we could know who we want to vote for in the next few elections and who we would not like to or maybe we would like to send money to support?

RUSH: You would have to get a list of people that voted for Trump and voted against him, and I don’t know how you’re gonna do that. Now, if you want a list of people who were verbally opposing Trump, who tried to make people think they hated him and didn’t but then voted for him privately and quietly and didn’t want anybody to know. So I don’t know how you’re gonna get the list that you want because we don’t generally divulge the way people voted. And that’s the only way you’re really gonna know who supported him and who didn’t.

CALLER: Okay. All right. Well, we just want to do something, and it’s hard to find anything we can do.

RUSH: Well, you know, there are so many people that are seeking additional things that they can do to want to have some kind of help, to be some kind of assistance to Trump. It’s very sweet. You know, you look at any number of things that… I think in one sense, to give you just a possibility, rather than things like… Look, if you want to find the people that oppose Trump and vote against him, that’s cool too. I don’t want to talk anybody out of that.

They know it’s being stolen. They’re afraid to do anything about it. They’re afraid that their kids will be adversarial affected if they speak up. And so the left has been able to basically steal public education and turn it into an indoctrination of our kids rather than full-fledged education.