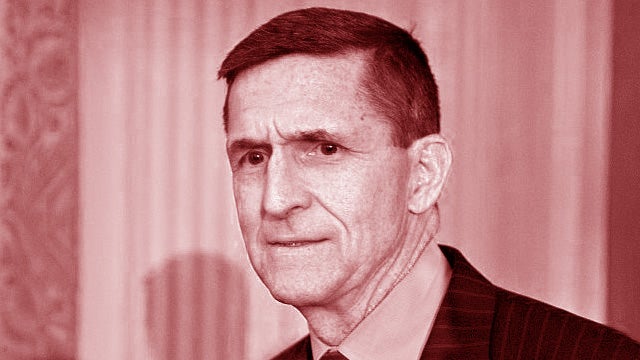 *After my show today, I discovered this story at The Federalist by Mollie Hemingway. This is why I spent so much time on this today. This is key to understanding this whole sordid affair, folks. Talk about being on The Cutting Edge!

RUSH: Let’s go to audio sound bites on Trump. Trump was on Fox & Friends today. He was on for an hour talking about all this. Steve Doocy said to him, “So it was a jaw-dropping announcement that the DoJ is dropping the case against Flynn. You’ve been talking about a Russia hoax for years. Is this proof that you were right?”

THE PRESIDENT: Most people knew it from the beginning, and they knew it was just a total hoax. It was a made-up story, a disgrace to our nation. These are dirty politicians, and dirty cops and some horrible people and hopefully they’re going to pay a big price some day in the not too distant future. And there’s more to come from what I understand and they’re going to be far greater than what you’ve seen so far. And what you’ve seen so far is incredible, especially as it relates to President Obama because if anyone thinks that he and Sleepy Joe Biden didn’t know what was going on, they have another thing coming. 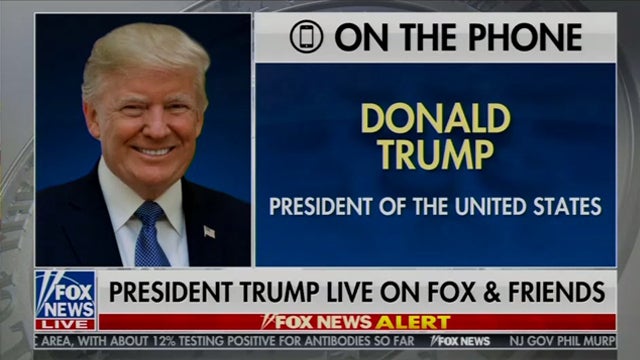 Every purpose this country has, every reason this country exists, these people have just spat on it, they have just trashed it. And they have their associates, they have their acolytes, they’ve got their sycophants, all of these people in the media. Have you noticed, too, ladies and gentlemen, not one member of the media throughout any of this period of revelation where this has been exposed is a total nonevent. There was no collusion. There was no evidence. There never has been. You know the drill.

Has anybody at the New York Times, from the owner, publisher, editor on down to a single reporter apologized to the readers of the New York Times for getting it wrong? No. Has anybody at CNN ever apologized? Has James Clapper, will James Clapper apologize? And will he be forced to explain what the hell did you tell us on our air when you’re testifying the exact opposite before the committee? Have you noticed that not one Democrat has broken ranks and is talking about what a lowdown, rotten deal Michael Flynn got? Not one Democrat.

We’ve got our Romneys. We’ve got our McCains. We’ve got our Jeff Flake Flakes. They don’t have a single break in their ranks. Yeah, I addressed this while you were screening calls in the first hour. CNN did the same thing yesterday. The New York Times editorial today, “But Flynn pled guilty twice, he pled guilty twice.” That’s why dropping the case is so monumental. This doesn’t happen. The reaction to this ought to be instinctive in everybody, “Man, this must have been an abomination, for them to drop this?” 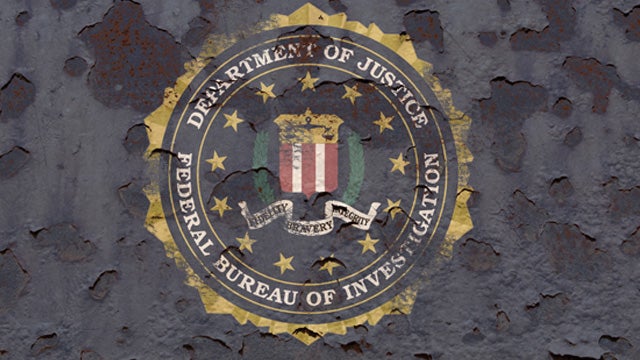 The United States Department of Justice never humiliates itself like this. They never drop a case. They never, ever do this. At worst, they would ask a judge to dismiss it, making it look like it was out of their hands. This just doesn’t happen. And on top of it, it happened with the defendant having pled guilty. So CNN yesterday, the New York Times today are all saying, “He pled guilty. It proves that he did it. It proves he’s a skunk. It proves that Flynn’s a reprobate He did it. And it proves that Trump is turning the DOJ into his personal law firm.”

No. I asked in the first hour, are these people really this dense and stupid? Are they this incurious? Do they not know why Flynn pled guilty? Why did Manafort cop a plea? They’re destroying these people. This is not just the way things happen. It happens this way in banana republics. It happens this way in communist dictatorships where if you’re disloyal to the regime they can kill you and wipe you out, put you in jail for the rest of your life. It doesn’t happen the United States of America, except that it did. They destroyed Paul Manafort. They tried to destroy Michael Flynn.

And who is “they”? Let’s start with Barack Obama, James Comey, Andrew McCabe, Strzok Smirk, Lisa Page, Bill Priestap, Jim Baker, Robert J. Mueller III, and 15 hyper-partisan Democrat lawyers he hired as his investigators. They tried to ruin an American citizen who had not done anything other than support Donald Trump and accept an offer to become his National Security Advisor. And for that he had to be destroyed.

Do you know that the FBI, do you know that Mueller never told the court, when they submitted his plea deal, they never told the court that they had promised Flynn they would destroy his son, too? Never told the court. That was not in the filings. We know this now, because Flynn has revealed it. That’s why he pled guilty, to stop the destruction of his family. They’d already wiped him out with legal bills. They had destroyed every nest egg he had accrued in life. He’s never made a lot of money. And they took it all from him in the form of legal bills.

And then Robert J. Mueller III, Mr. Integrity, Mr. Honorable and his 15 Hillary Clinton acolytes are promising Flynn to destroy his son, who didn’t do anything either. That’s why Flynn pled guilty. To stop the destruction, stop the bleeding. He had a bunch of establishment lawyers who were telling him this is only way you can go here, Mike. There’s nothing else we can do. You gotta limit the damage. It wasn’t until he got Sidney Powell as his lawyer that all of this began to turn around.