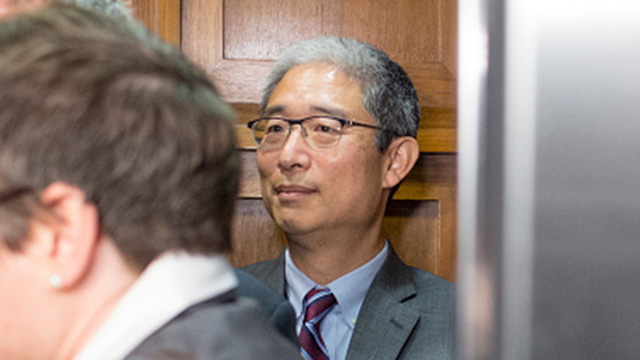 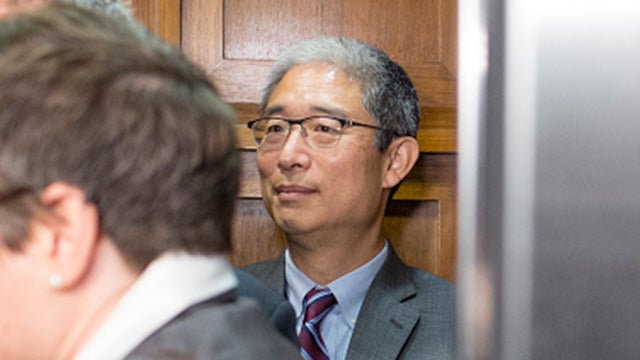 RUSH: Here is Matt, Bristol, Connecticut, heading back to the phones. Great to have you with us, and you are first up today.

CALLER: Rush, an honor to speak to you. Listening my entire adult life.

RUSH: Well, I appreciate that. Thank you very much.

CALLER: My question for you, if the testimony of Bruce Ohr is as damning as it appears it’s gonna be, and Jeff Sessions still does nothing, is he complicit at that point?

RUSH: You’re asking about Sessions, is Sessions complicit? Is that what you mean?

CALLER: Yeah. If the testimony of Bruce Ohr is as damning as it seems it’s gonna be from what’s leaked out.

RUSH: I’m glad you called. Let’s run through what we’ve heard from Bruce Ohr. Hang on here, Matt, just a second. I’m gonna pot you down, as we say in broadcasting. But you’re still gonna be there. We’ll pot you back up when I want you to react to this.

Pot is short for potentiometer, which is broadcast lingo for volume knob. I don’t want to use inside lingo and make you feel like you’re excluded from what’s going on, but that’s how we in broadcasting talk, we’ll pot ’em down, that means turn the volume down, because when one syllable works rather than 15, why use the 15?

So Bruce Ohr and his wife, Nellie, have both got extensive ties to Fusion GPS. That’s the firm founded by Glenn Simpson, used to be a Wall Street Journal reporter. Fusion GPS sets itself up now as pretty much a research and consulting organization, and they are primarily hired by Democrats. In this case, Fusion GPS was hired by Hillary Clinton to get the ball rolling on the creation of an opposition research piece on Donald Trump.

That led to Fusion GPS hiring Steele because Glenn Simpson and Steele are buddies of long-standing. To keep the Clinton campaign out of this, the money paid to Steele was funded through a law firm, Perkins Coie, called a cutout, and this is why for the longest time nobody knew that the Clinton campaign and the DNC had anything to do with this because the dossier was originally presented as legitimate intel produced by this guy Steele, who was a retired MI6 agent. That’s the Brit version of the CIA.

And over the course of his career, he developed many contacts with Russians. And so he had gotten hold of these Russians even though he had been retired for many, many years. He got hold of these old Russian buddies, and they gave him this scoop on Trump. And it led to the dossier and the golden showers story.

We have since learned that Nellie Ohr, the wife of Bruce Ohr, may have in fact been a prominent writer and architect of the dossier, in addition to Steele. We know that the FBI has known everything I just told you. The FBI and everybody involved in this has known from the beginning that the Steele dossier is not a collection of legitimate intel on the comings and goings of Donald Trump.

It is a manufactured out of clear, whole cloth opposition research. It’s nothing but a bunch of lies designed to be used, say, in October Surprises, accuse Trump of urinating on a bed or hiring prostitutes to do it while in Moscow because it was a bed that Obama had slept on. You know, get racy stories like that in the media, which they succeeded in doing.

“‘Not only did the FBI know the dossier was unverified, but they also knew there were real credibility issues where it would never end up in a courtroom,’ said Rep. Mark Meadows, North Carolina Republican.” It was obviously the thinking because nobody thought Hillary was gonna lose. Sara Carter reports Bruce Ohr, FBI knew about the bias before getting a FISA warrant on Carter Page.

Bruce Ohr testified that prior to obtaining the FISA warrant, the FBI was aware that Christopher Steele was biased against Trump. Ohr also stated the FBI knew that his wife, Nellie Ohr, was working for Fusion GPS. In other words, everybody knew what was going on here! They lied to us and everybody else in the aftermath!

I can’t believe Ohr opened up about this, but I guess the pressure of being under oath necessitated it. I was stunned when I saw what Ohr had testified to! (interruption) No, none of it surprised me. The FBI had to know about Steele’s bias. They worked with the guy for years. They ended up having to fire him because he was refusing to obey their instructions and stopped talking to the media! He wanted to continue to pummel Trump when the FBI told him to clam up. And the way he did it was to feed info to Bruce Ohr, who then fed it to the media. So Steele worked in defiance of orders and instructions from the FBI.

RUSH: By the way, folks, the biggest reveal, I think, the biggest news from the closed-door hearing, the House Intelligence Committee with Bruce Ohr, is Ohr’s admission that he still hasn’t been interviewed by Robert Mueller. And he has not been interviewed by John Huber, who is the U.S. attorney from Utah that Sessions has assigned to investigate the allegations of surveillance abuse at the FBI and the DOJ.

Now, I can’t find a single news article about it. This is a couple days ago old so there may have been an article since then. But Bruce Ohr is number four at the FBI. You’ve got Comey; you have Rosenstein, McCabe; and then you had Ohr and over there at another department you’ve got his wife, Nellie. And then you have Strzok Smirk and Page and the rest of this cabal in there.

And Mueller and his team of Democrat inquisitors, many of whom come from the Enron task force and the Ted Stevens fraud trial, the bogus trial, Mueller hasn’t even interviewed Ohr, and neither has Huber, who is Sessions’ appointed guy. And also not a single Democrat attended the hearing that Bruce Ohr appeared at and answered questions.

So the Democrats have no interest in getting to the literal truth of this. This has now become, as you know, its own narrative, its own agenda. And it has one singular purpose, and that is getting rid of Donald Trump.