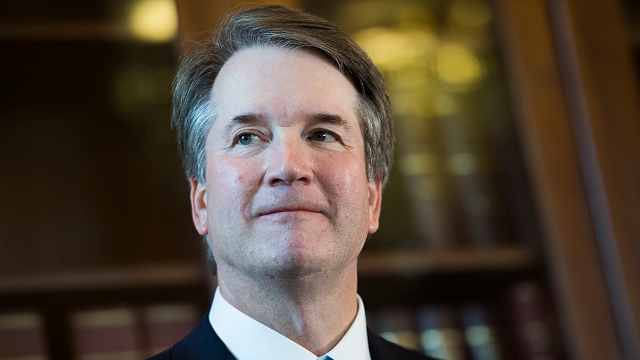 RUSH: This is Patrick in Philadelphia. Great to have you, sir. Hello.

CALLER: Longtime listener. Probably 1993 was when I started listening daily, and was actually lucky enough to see you in Philadelphia at the Kimmel Center when you auctioned off your Harry Reid letter.

RUSH: Oh, that was awesome! That was on the campus of the university. What a great hall that was. That was one of the nicest venues I’ve ever had a public appearance in.

CALLER: And it was one of our funnest nights ever. My brother, Joe, got the tickets. I was lucky enough to tag along with a few other family members, and it was quite memorable. You told the best Hillary Clinton joke I’ve ever heard in my life.

RUSH: (chuckles) Was that the elevator joke?

CALLER: I’ll get right to the point.

RUSH: (laughing) Now you got me in a situation everybody wants to hear the joke since you brought it up. I don’t want to encroach on your time. What was it that you called about?

CALLER: You know, Rush, the left is fully aware that there are things behind the scenes that the public will never know. We call it the deep state, but that’s their standard operating procedure. So you were talking earlier about things we wouldn’t know or that American citizens wouldn’t know behind the scenes that had the Democrats stone faced yesterday and why they know that Kavanaugh’s gonna be confirmed. You know, our only hope, my family’s only hope is that their hatred of Kavanaugh means he really is that good.

RUSH: There’s a rap on Kavanaugh too. You know what the rap on Kavanaugh is? That he’s a Bush establishment guy. I mean, he is the staff secretary for George W. Bush in the first term. The rap on him is he’s not a deep stater, but that he is a swamp dweller. And there are some people who think that there could have been a more conservative choice, Amy Coney Barrett. 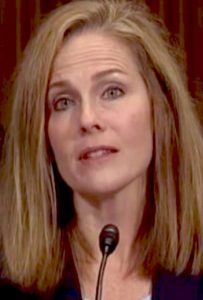 RUSH: But he is good. Don’t believe any of that. This guy threatens the Democrats as much as if Antonin Scalia were back alive and were up for reconfirmation.

CALLER: Good. You know, as much as they’ve tried and thrown at this guy, I mean, they… I really think that their only purpose behind the continued FBI investigation was to try to make it like Mueller. You know, dig for everything until you find something.

CALLER: (chuckles) Well, they take advantage of the fact that people like me — even though I’ve been listening since ’93 — you know, work every day. I’ve got seven kids. What we do every day. We don’t have time to tune in to every little morsel. So what happens, unfortunately, to the rest of the country that doesn’t listen to Rush Limbaugh — there’s not that many. (chuckles) But the ones that don’t, they get these tidbits on the evening news from the Drive-By Media. They have notice clue what the real news of the day or the news of the week is.

RUSH: Oh, tell me. Tell me about it. Look, there are two big developments that the people that only watch Drive-By Media do not know. They do not know that know Blasey Ford’s lawyer has been out there suborning perjury, that they tried to get Leland Keyser to change her testimony to say, “Oh, yeah! You know what? I do remember being at the house when Kavanaugh attacked Christine!”

They actively tried to get her to change her testimony, and there’s one other thing slipping my mind. But neither of these two stories have been reported! Nobody in America outside conservative media knows any of that. That’s exactly right. I wish I could remember. I’m having a mental clock on what the second story is. It’s related. It’s all related to Blasey Ford. There are two things here that the Drive-By Media… (interruption)

Oh, yeah, the boyfriend letter! The boyfriend letter claiming that Blasey lied, that she does teach people how to beat polygraphs, that she’s an expert at it. The boyfriend’s letter has not been reported on by the Drive-By Media. A six-year ex-boyfriend of Blasey Ford basically said that most everything she said here is not true, and then he added (paraphrased), “The woman is a credit card fraudster to boot.

“She continued to use my credit card even after I took her name off it after we broke up and continued to charge things. Oh, and she never had any fear of flying at all and that she never had any claustrophobia. She lived for a while in a very small apartment, 500 square feet. She didn’t need a second door or any other remedy to get past the trauma of having been attacked by Kavanaugh.”

He said, “None of what she’s saying has she ever said to me. She never mentioned Kavanaugh’s name.” That letter that the boyfriend wrote has yet to be reported on by ABC, CBS, NBC, CNN, MSNBC, Los Angeles Times, Washington Post, New York Times, Associated Press, USA Today, Pravda, Russia Today, the Algore News Network. None of ’em have run a syllable of that story or of the attempt to get Leland Keyser to change her story.

RUSH: One other thing, again along the lines of what are the Democrats gonna do if Kavanaugh gets confirmed? I told you. They’re gonna double down and they’re gonna keep harassing and they’re not gonna stop trying to get rid of this guy. I have just a little bit of anecdotal evidence to back it up.

I have a tweet here, actually two, from a woman who works at The Nation. She is… I don’t know if she’s a journalist. I don’t know what she does there. But The Nation is an uber-left magazine. Her tweet… Her name is Annie Shields. I’ll go ahead and make her famous. “I am starting a National @DemSocialists working group to follow Jeff Flake around to every restaurant, cafe, store, etc. he goes to for the rest of his life and yell at him.”