RUSH: There’s something… You know, I intellectually understand it, and — to a certain extent — I politically understand it. But Joe Biden as the Democrat nominee — and then I have a story in the Stack where Silicon Valley tech gazillionaires are all-in on Biden. Joe Biden hasn’t even mastered the rotary phone yet, much less learned how to use an iPhone and yet tech wizards are all in on this guy. 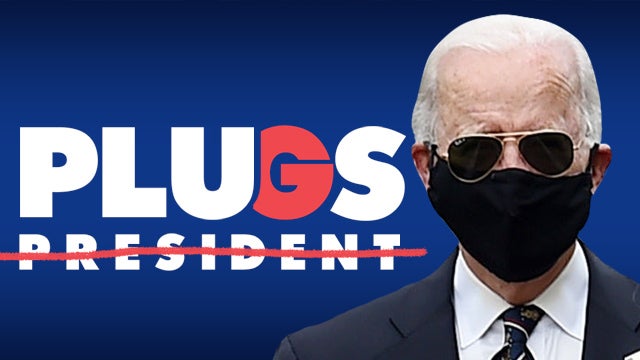 It doesn’t make any sense, ’cause Biden doesn’t even know where he is, unless there are other factors going on.

I know all that. But it doesn’t… It’s still hard to make sense of it, that Joe Biden’s the best they got. He’s brain-dead! I mean, he literally… Did you hear what this guy said? He confused D-Day with Pearl Harbor! “The presumptive Democrat presidential nominee, Joe Biden, confused D-Day and Pearl Harbor, as well as the date that Delaware declared its independence from Pennsylvania.”

Oh, yeah, this is a Wednesday campaign event.

He says, “We declared our independence on December 7th. December 7th is not just D-Day.” He’s conflating three different things here! (interruption) They’re gonna let it go. That’s my whole point. The tech wizards and zillionaires of Silicon Valley with rallying behind the guy to come up with strategeries to get him elected. “While FDR did declare December 7th a day that will live in infamy, that date, of course, is the date of the Japanese bombing of Pearl Harbor.

“D-Day was June 6, 1944, the Allied invasion of Normandy. But Biden also confused the date of Delaware’s breakaway from Pennsylvania. That was June 15, 1776, with Delaware’s December 7, 1787, ratification of the Constitution.” I mean. It’s not a Twilight Zone episode. It’s not. It’s reality, and these gaffes continue to pile up.

Here’s the story. This is a Vox story, so it’s a left-wing Millennial website. “Tech billionaires are plotting sweeping, secret plans to boost Joe Biden,” and the story is all about exposing the experiments, the data wars, and the partisan news sites that Silicon Valley thinks can help Biden beat Trump.

“[B]ehind the scenes, Silicon Valley’s billionaire Democrats are spending tens of millions of dollars on their own sweeping plans to catch up to President Donald Trump’s lead on digital campaigning — plans that are poised to make them some of the country’s most influential people when it comes to shaping the November results.”

Well, of course this is one of the things they’re involved in. The purpose of Plugs is to empower people who we really don’t know who will be running the country. He’s just gonna be a placeholder. He’s almost acknowledged as much. So the Silicon Valley tech zillionaires believe that if they can pull Plugs over or push him over the finish line, that they will be in a position to literally be the powers behind the throne.

He’ll be the guy that gets elected, but they will be the people actually running the country, and they may never even go to the Oval Office. They may never even end up in Washington, but they’ll be running the country. Those are the kind of people we’re talking about here. Then there are others in the Democrat Party who do want to be known as the power behind the throne, and they do want to be in the Oval Office.

But they’re content to not have to run the gauntlet themselves. Let Plugs go out there and suffer the humiliation of being in a debate with Trump or running a campaign, dealing with the media. This is a new phase of American politics where people are attempting to acquire and amass the great power of the presidency without ever seeking the office themselves.

RUSH: So I got an email during break, “Rush, who are these tech zillionaires you’re talking about?” That’s a good question. There are four that are mentioned in the Vox story that are trying to push Biden over the finish line. And, folks, I’m telling you what this is about, and it’s not just these tech people. There are all kinds of people in the Democrat Party who literally want the power of the presidency.

But they don’t want to have to run the gauntlet to get elected. That’s the real attraction of Joe Biden. Everybody knows he’s not gonna be anything other than a figurehead, and so the people that are pushing Biden are looking at this as a wonderful opportunity to amass and acquire the power of the presidency without having to be elected, without having to face voters, without having to present an agenda. 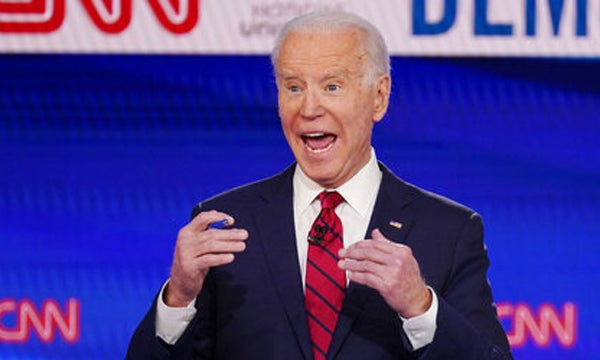 And especially when you consider that they have agendas most people would reject, this is a golden opportunity. This is a really hideous thing, I think. There’s no other explanation for why they’re keeping Biden in this place. It makes… Talk about the common sense? It makes none, unless you understand it as I do. So the four tech gazillionaires who are salivating over being the ones to make Biden president, one is guy named Reid Hoffman.

He founded LinkedIn. Dustin Moskovitz. He is a cofounder of Facebook. Laurene Powell Jobs. This is the widow of Steve Jobs, who inherited that massive fortune, and she is “highly political,” let’s say. She is a leftist agenda-oriented, committed liberal. That doesn’t even actually describe her purpose within her agenda, her desire.

And the fourth is Google CEO Eric Schmidt, who had practically his own office in the Obama West Wing, not far down the hall from the Oval Office. So it’s not all these tech wizards. But those are the four that have been identified as strategically attempting to do whatever they can to make Biden president. But it’s not because they want Biden to be president. It has to be to empower them.