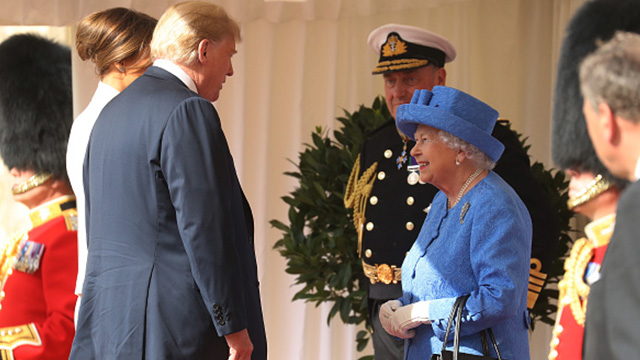 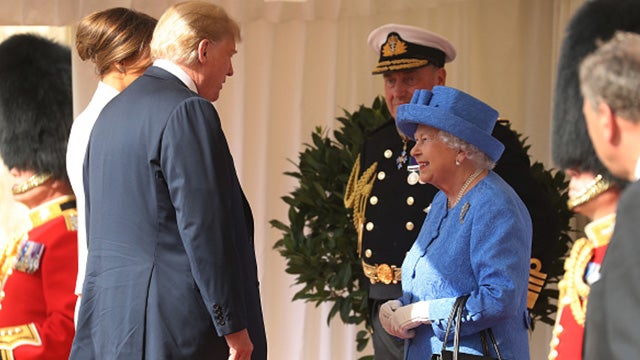 RUSH: Guess who has vanished from the front pages, from the top of the fold, from the lead story on all cable news? You can’t find the name Brett Kavanaugh anywhere today. Brett Kavanaugh’s gone. I mean, no coverage whatsoever. The Drive-Bys are totally distracted once again by Donald Trump.

These people, the Drive-Bys predominantly, keep waiting for Trump to step in it. They hope it, they pray it, just like they got up every day and maybe still do, hoping for that smoking gun piece of evidence that links Trump and Putin and collusion and stealing the election. So every time Trump ventures out, they hope and they pray that Trump is gonna step in it. And it causes the news media to write stories that are packed with lies about how Trump has stepped in it.

The most recent example, the U.K. Sun with a totally distorted story about how Trump supposedly dissed the prime minister of the U.K., Theresa May. Before that, we had all kinds of stories about how Trump was walking all over these nice people at NATO and was doing them great damage and doing great damage to the alliance because Trump demanded this and Trump demanded that.

Now, yesterday before we lost the ability to get the program out of the building here, I was watching Christiane Amanpour desperately interview this poor guy that runs NATO, Jens Jenserstein or whatever his name is, I don’t remember his name. Trump’s was out there saying that he got NATO members to agree to eventually get to a point where they’re all contributing 4% of their GDP to defense, which is how NATO, quote, unquote, dues are tabulated.

And she didn’t believe Trump was telling the truth. So she’s interviewing this guy, and she went at him every which way to try to get him to admit that Trump was lying, that Trump’s numbers are wrong, that these member nations were only committing to spend maybe 2%.

And the guy would not give her what she wanted, and she got really ticked off about it because in her world, she and him are buddies. The guy that runs NATO and Christiane Amanpour buddies. They’re on the same team. They’re practically diplomats together. And they’ve got their roles. She’s in the media; he’s in the diplomatic hallways of the EU. 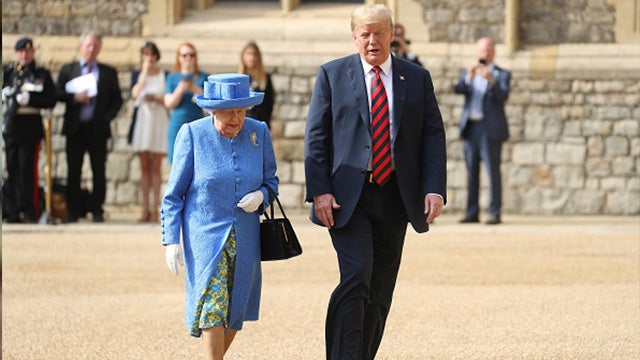 But he wouldn’t be forthcoming with her because he ended up saying that we ended up unified, everything is fine, we had some frank discussions and NATO has never been stronger. And every one of these incidents, be it NATO, be it G7, be it Trump talking with Theresa May or anybody in the U.K., they all start out with the same premise because they have invested hope in it that Trump’s gonna step in it, that Trump’s gonna embarrass himself. That means we can get rid of him, see.

So they write their stories suggesting that that happened or an element of it happened. And then when the event is over, all of these world leaders, be it the G7, the G20, Kim Jong-un, NATO, they all end up singing Trump’s praises and thanking him for helping them to see clearly and get it right. And Theresa May did that today in their joint press conference at Checkers, which is in Buckinghamshire, which is not far from Windsor and Windsor Castle, which is where Trump is right now having tea with the queen.

He arrived there about four minutes after the hour. They’re now having their little confab. I’m given to understand Windsor Castle is the queen’s favorite. Of the 25 or 30 castles that she owns around the world, I think Windsor is her favorite. Been told that. (interruption) Now, why are you laughing about that? Well, it might just be 10 or 15. I don’t know if it’s 25 or 30. How many castles do you have? That’s the point. How many castles do you have? She’s got castles.

She’s got Balmoral up in Scotland. She’s got Buckingham Palace, and that’s about five castles rolled into one. Well, I was just gonna say, something I’ve not seen here before. I’ve seen the queen receive U.S. presidents. I’ve never seen a white tent outside the building and I’ve never seen the queen standing there for 10, 15 minutes waiting for the guy’s helicopter to land. I’m stunned at this. I’m thinking, okay, she’s inside and she’s got aids around here telling her, “Five minutes out, Your Majesty, 10 minutes out, Your Majesty,” and she’s sitting there fidgeting.

She’s outside and she’s standing there talking to some of her underlings. She’s actually talking to ’em and passing the time, 10, 15 minutes before Trump’s helicopter lands. Never seen that before.

RUSH: I think, actually, when you look at the Drive-Bys and their panicked reaction over NATO and Trump and U.K. and all this, I think it’s kind of like their reaction to Brett Kavanaugh.

It’s not Kavanaugh they’re really afraid of. It’s the Constitution they’re objecting to. Kavanaugh simply is a guy that’s gonna enforce it. That’s what they can’t abide. With Trump, there is a lot of personal hatred. But it’s not what’s driving this. What’s driving this is that Trump beat them, is that somebody like Trump beat them, is that somebody had the audacity to beat them from outside. And not only that, after that happened, he continued to fight ’em and has continued to win!

That’s not permissible! That just cannot be allowed to continue! “But, Rush, but, Rush, what if the country improves in the process?” That makes it even worse! The country’s not supposed to get better when these people aren’t running it! It’s not supposed to happen that some outsider, amateur political guy can come in and, in a year and a half, demonstrate that these people don’t know what they’re doing and that he does; they can’t permit that to happen.

They can’t permit the American people to conclude that. They have to continue to dirty up Donald Trump, to sully Donald Trump, to impugn Donald Trump. They cannot permit people to think that he knows what he’s doing, that he’s good, that he’s accomplished, and that he is succeeding. They’re nowhere near shutting this down. And that goes for all of the people in the same group in Europe. They just don’t know how.

The media in Europe thought they had Trump when that U.K. Sun article came out, lying through their teeth about what Trump had told Theresa May. But Trump recorded the interview and is able to prove that the U.K. Sun made up a bunch of stuff and didn’t include other things that he said. The media was all in on this. You’ve got a bunch of protesters in Europe marching the streets today. The same people that show up here, the same kind, bought and paid for, you can see ’em, they’re marching through the streets.

They don’t even care what they’re protesting. They’ve got their anti-Trump signs and they’re doing something for once in their lives where they think they matter. They’re out in unity with some other losers, and they’re protesting Donald Trump. They think their lives matter. Their organized, they’re bought and paid for. None of it’s organic, or very little of it is. But it’s also made to look like it’s organic and that a majority of Americans around the world hate Donald Trump, not just in the United States.

But all of this is part of the plan. These people simply cannot abide the fact that Donald Trump won. And they cannot abide that he’s conducting foreign policy the way he is. You simply don’t go in there and tell people the truth like this! You just don’t do it! You don’t go in there and demand from the United States. The United States doesn’t make demands in the world today. We’re bigger than that. We don’t demand. We acquiesce to their demands. That’s how we get along with. We don’t do this.