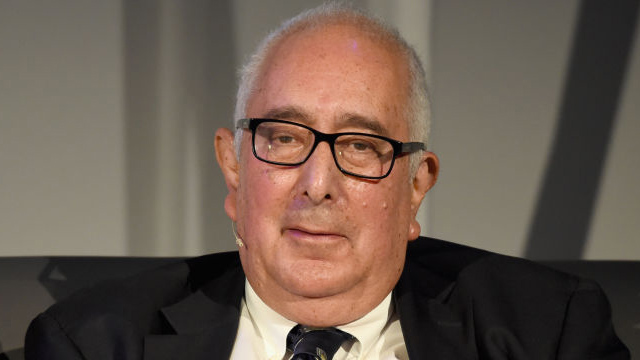 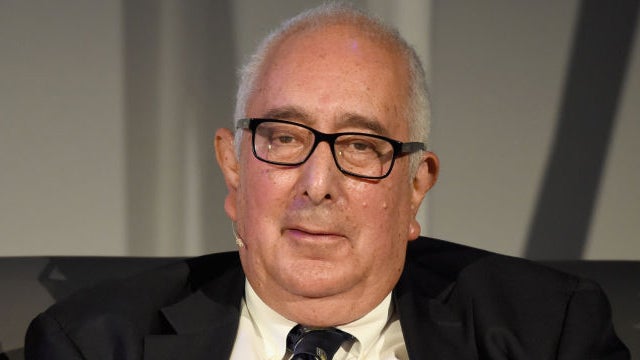 RUSH: Now, a good friend of mine, Ben Stein… Ben Stein grew up essentially in the Nixon White House. His father was the Council of Economic Advisers head honcho for Nixon, and Ben Stein is an independent. He’s a Hollywood actor, producer, writer, raconteur. He writes op-ed pieces for the American Spectator, and he has one here that’s dated today that’s entitled, “The Kavanaugh Beer Wars.“

I just want to share some pull quotes from this story with you, because he sets it up by pointing out that he and his wife have been watching that TV series The World at War. Now, where did that run? That’s old. That’s been on a while. Was it A&E way back during the Biography days or National Geographic or something? Maybe the World War II Channel, I don’t know, but have you seen The World at War? Well, it’s years ago, and it’s got actual black and white footage of World War II and some… (interruption) Yeah, yeah.

So he and his wife have been watching this, and he writes that they could hardly get through it without breaking down and crying at the atrocities that they are seeing, just the horrors of war. He writes, “Then I think of what the most august legislative body on earth, the U.S. Senate, is obsessed with: a teenage drunk’s high school yearbook’s inside jokes. These are what we are supposed to be examining until our eyes burn up in their sockets.

“Not the threat of nuclear war begun by Chinese hypersonic low altitude cruise missiles. Not the clear signs that Iran has put itself on the lip of becoming a nuclear power. No, we’re supposed to be guessing what a group of beer-swilling high school boys made up fake bragging about. Is this what we fought for?” writes Mr. Stein. “Is this what the Constitution means? That the legislature concerns itself with a 15-year-old girl’s allegations that she was touched lasciviously 36 years ago? Is this what equal rights means?

“The equal right to slander a man and wreck his family with zero evidence? Is this what our soldiers fought for in Normandy and Remagen and in the skies over Germany? Are we really in that estate? Where are the brains of the nation, to focus on a fairly typical high school spree instead of what we can do to help the teens of Chicago stop killing each other?” What we have been watching, writes Ben Stein, “is the murder of an innocent human being and his family in order to win an election.

“This is lowering the mighty vaults of power in the District of Columbia until they become trailer trash bars and beauty parlors. God help us if we do not pull ourselves together and focus on what’s important and lasting in human life.” Do you know how many people I’ve heard say a strain of that — last week, last month, last number of years — along the lines of: If we don’t pull ourselves together, if we don’t come together, if we don’t unify, if we don’t realize what’s real important and focus on that, then God help us? (interruption)

No, no, no, I don’t disagree with the sentiment, but I think it’s futile. Come together with who? Would somebody tell me what there is of what we saw last Thursday or Friday on the Democrat side to “come together” with? You go to the protest of Kavanaugh right now outside the district court of appeals in Washington. You tell me what there is to come together on. You tell me! Let me tell you one of the reasons why this country is roiled. I’m gonna repeat something. Have you ever wondered why they don’t have any abortion protests in the U.K. — or if they do, I mean, they’re minor.

They’re skirmishes. You never hear about them. It’s because abortion became legal in the U.K. in the House of Commons! It was voted on! Everybody had their chance to make case. Do you realize, folks, 80%, if not more, of the liberal agenda that is governing the culture of this country has not passed in our Congress or legislatures? That’s 80% of the destructive pop culture impulses of the American left have been forced on us by courts — and that is why, all of this, among many other reasons, is so crucial to the Democrat Party.

Because they cannot… Look at gay marriage and all these other things. None of that happened in the United States Congress via legislation. There were periphery bills on it, but most all of this stuff — including other cultural things — happened because judges either reject legislation to defeat this stuff or they impose their own political views, like Roe v. Wade was imposed in 1973 on the Supreme Court. And because there have not been actual votes, democratic votes on some of these key seminal issues, we are constantly roiled. 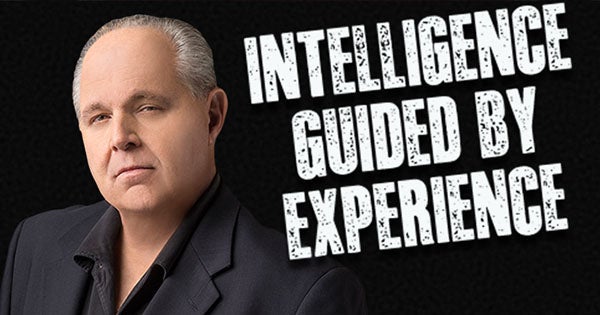 The Democrats do not want votes on these issues because they’ve not gotten to the point where they would win them — and if you think they would, take a look at the eight years of Obama. What did Obama do, what did he have to do to get his agenda enacted? Congressional action? No. This one was Obamacare, and that required a bunch of trickery, and there wasn’t a single Republican vote for it. Obama got everything he wanted done via executive action and executive order, which is one of the reasons why Trump’s had such ease repealing it.

So a majority of people in this country are forced to live in a culture that they reject and yet has not been voted on. Now, you tell me where there is common ground to come together! It’s a wonderful sentiment, and it makes whoever says it sound reasonable and heartfelt. But it’s just words, as far as I’m concerned. Anybody can say it. (interruption) No, no, no, no, no, no, no, no, Mr. Snerdley. Don’t misunderstand. I’m not criticizing Ben Stein.

He just reminded me. “God help us if we don’t pull ourselves together.” How in the hell is that gonna happen? Do you realize the American left doesn’t think but one thing? The only thing wrong in America is that we’re alive, folks. As far as these insane lunatics on the left are concerned, the only problem we’ve got is that we are alive and have the ability to oppose them. Now, how do you “pull ourselves together” with that?

I don’t see how it is possible, which is why I have a constant refrain: They need to be defeated, and that is why Donald Trump is so important, irreplaceable, and valuable. He’s prominent on our side, gets it, understands it, and attempts to do just that: Defeat them. Rather than kowtow to them. Rather than try to make it look like we’re interested in cooperation, crossing the aisle, extending the friendly finger of fickle and fate, hoping against hope that we can come together. Find common ground and once again rediscover our national purpose.

Our national purpose is under assault.

Our national founding and purpose and objectives is under a blistering attack by a bunch of people I think actually are not completely healthy. They’re in bad health, and that bad health is exploited and used by the Democrat Party and the American left, and political issues are made out of psychological disorders. The purpose of all that is revenge and punishment at people the left thinks are standing in their way. It’s normal versus abnormal, if you want to really get down to what this is all about. 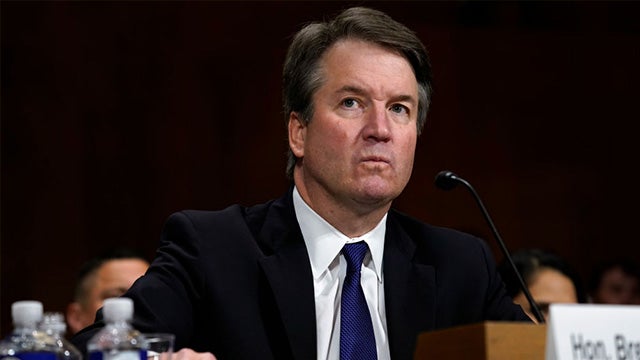 I need to know where and with whom and how we pull ourselves together with the abnormal. They haven’t the slightest interest in it even if people on our side do. So, yeah, it’s a nice sentiment. It’s a sweet-sounding sentiment. “If we don’t pull ourselves together and focus on what’s important and lasting in human life, then we’re gonna go down the the…” Well, we don’t have anything in common, including on what’s important in life!

When you’ve got whatever percentage of our population has been taught, has been brought up to hate this country and a majority of its citizens — and then has been taught that the reason they’re miserable and unhappy is because of a majority of people in this country — there’s not much else that can explain this kind of explain this kind of rage, temperament, misery, and anger which is constant, and it’s never assuaged. They are never happy.

No matter what they win or what they get, they are never happy, and there is a human psychological reason for that as well. But the point is, come together? “If we don’t come together…” Stein is right. I mean, you watch World at War and you find out what we faced? I think we’re at the time where a majority of America has no idea what Omaha Beach was, why it was important. No idea. “Normandy? What’s that?”

And then when they learn, “Ah, that’s old! That doesn’t mean anything. That’s irrelevant! That’s so long ago. That’s not the world today.” No, it’s only how the United States survived as it is. No, it’s so unimportant, it’s the only thing that stood in the way of a murderous anti-Semite tyrant from controlling the world. It’s the only thing. Not important, huh? But it’s not taught as such. It’s taught as American imperialism, colonialism, or what have you. I’d love to be able to come together, folks. I just don’t see any way to do it.