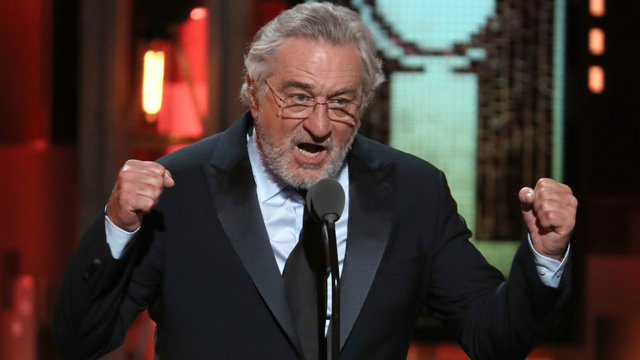 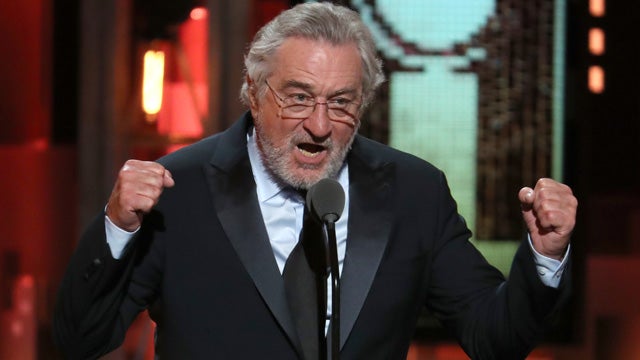 RUSH: You know Roman Polanski, a child sex abuser, was applauded by Hollywood at the Oscars in 2003, and De Niro gets a standing ovation for uttering the F-bomb twice, saying, “F Trump! F Trump!”

Well, anyway, Jeff from Denver said, “It’s time to start pushing back on it.” I agree! The point I was making in the first hour. Normally you would expect Republican Party officials to join in pushing back on this stuff. But where are they? There’s not a word coming from them.

RUSH: Now, one of the things that’s not happening when all this stuff happens is there’s no official pushback. Trump can’t do it all. But he does the lion’s share of it. And we do what we can here. But where is the Republican Party that represents all of these people being attacked?

I mean, the Republicans have a president, Donald Trump. A famous American actor just said F-you at the Tony Awards. Where is a statement of, not protest, not objection, but where is an official statement of what this kind of thing is, bad, not decent, not good, childish, what have you? Let me go to the audio sound bites on this, because grab sound bites 20 and 21. This is me from last Tuesday right here on this program.

RUSH ARCHIVE: A lot of other people are noticing, too, that the Republican Congress seems to be in standing-by mode. They’re just standing around watching a lot of this. After tax reform, there doesn’t seem to be a whole lot of involvement with the Trump agenda. And I think it’s an accurate understanding. I think even now the Washington establishment is still — Republican members, too — is not all that invested in the Trump administration succeeding. Trump is still the outsider.

RUSH: Let’s go back to last Thursday next. CNBC Squawk Box, Joe Kernen: “Politically, the current narrative is that Republican versus” — he’s talking to Jeb Bush. He asks Jeb Bush whether — what is this? “Republicans, whether it’s good or not, are looking the other way at a lot of things that some people think very –” This guy’s asking Jeb Bush if Republicans are looking the other way when Trump is taking us to a dark place. Now, listen to this answer. 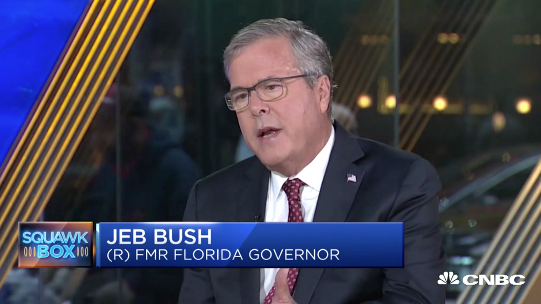 JEB: The kind of campaign he ran would have never been successful a decade ago or in the age of Reagan and Bush, for example. I mean, it would have been rejected out of hand. When he goes beyond the line or anybody else does, for that matter, you have to stand on principle. Look, there has to be something more than just policy. I’m not a Never Trumper, and I think a lot of people get obsessed about the president to the point where they can’t even give him credit for the good things that he’s done. The rule that I would apply is simply this: If you attacked President Obama or President Clinton here in D.C. as a Republican for whatever happened and the exact same thing happens in this administration and you’re silent, that should tell you something. It’s okay to be critical when people go over the line.

RUSH: All right, now, I’m gonna have to guess at what he’s talking about because this isn’t exactly what I thought it was. But it sounds like Jeb is saying when Trump goes over the line, we need to criticize him. We need not be afraid of criticizing Trump when he goes over the line. Okay, fine. But what does that tell us about the Republican establishment? Why is this so important? You know what the root of this is?

The root of this is 20 years old or maybe older. And it’s born of the belief the Republicans had that the media has cast us as racist, sexist, bigots, homophobes. And so we have to every day prove that we are not, meaning, we’re gonna accept the media premise. The media says we’re racist, sexist, bigot, homophobe, we’re gonna assume people believe it, and therefore our objective is to convince people that we’re not. And how do we do that? By criticizing us, by criticizing ourselves. That’s the magic.

And these establishment Republicans obviously still believe this! They think that they’re gonna gain support or credibility by criticizing their own, by joining the media and the Democrats. Is it not time to get past this? The fact of the matter is, the Republican Party and Donald Trump are being lied about regularly and consistently multiple times a day. And the left is doing it with increasing vulgarity, with increasing perversion and promiscuity. And there’s not a single ounce of criticism of them. No, we’re told that in order to have credibility, we must be willing to criticize Trump when he steps over the line.

But the media, the Democrats, Hollywood seem to be able to cross the line with impunity! They’re never called out on it because if we criticize them, then we’re being divisive. Well, screw the media! The voters don’t hold the media in much respect anyway. But why let the media set the premise and the narrative here? And when are the Republicans gonna get rid of this silly idea that they have to prove they’re not racist, sexist, bigot, homophobe and the way to do that is to criticize their own.

I mean, John McCain made a career out of doing that. And he’s not alone. And boy, that’s how you become a media darling is criticize your own party. If you’re Republican, conservative, sell out your own side and the media will love you. And I guess that’s what these establishment Republicans are out for. They want the media to love them ’cause they figure if they get the media to stop criticizing them, they may be happier, may win elections. How many years is it gonna take for people to wake up and realize that this is self-defeating?

RUSH: Well, here you go. This is another example. It’s from BizPac. It’s from yesterday. Headline: “John McCain viciously undermines Trump to world leaders in absolutely inexcusable message to our allies.“ 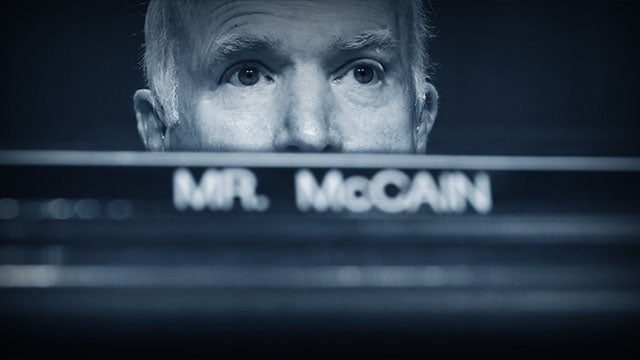 He said: “Bipartisan majorities of Americans remain pro-free trade, pro-globalization & supportive of alliances based on 70 years of shared values. Americans stand with you, even if our president doesn’t.”

Now, John McCain, may God rest his soul, does not speak for the American people. He is not the president. He has not been elected by them. This is exactly the kind of thing that I mean. Where is the criticism for Trump’s critics? You don’t find it anywhere in the GOP these days.