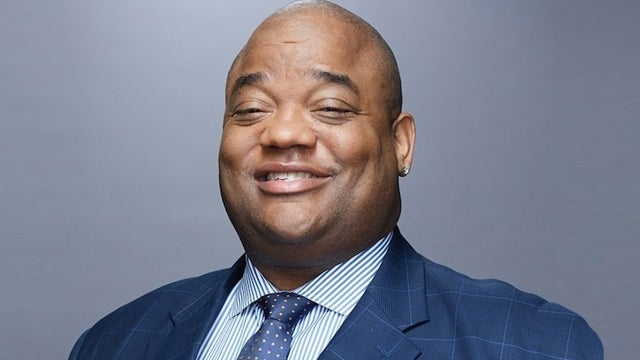 RUSH: There’s a couple things that I’ve been holding over that have nothing to do with any of this, been in the famous hold-it-over Stack that’s building all week. And the first one is an ESPN story. And they’re all excited out there. And, Mr. Snerdley, you might be excited about this too. “First All-Black NFL Officiating Crew to Work Monday Night Football Game.” A milestone. The first all-black officiating crew to work Monday Night Football.

“The NFL has assembled an all-Black officiating crew for the first time to work Monday night’s game between the Los Angeles Rams and Tampa Bay Buccaneers, citing the opportunity to recognize the league’s history and recent practices in diversifying its officiating department. ‘This historic Week 11 crew is a testament to the countless and immeasurable contributions of Black officials to the game, their exemplary performance, and to the power of inclusion that is the hallmark of this great game,’ NFL executive vice president of football operations Troy Vincent said.” (interruption) Will what? (interruption) Oh. The officials? Will the officials kneel? (interruption) I don’t know. 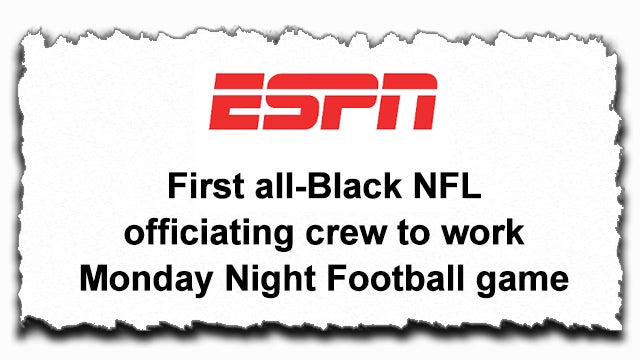 Anyway, this leads me to the second piece that I’ve had in the hold-it-over Stack. It’s a piece from Jason Whitlock at Outkick. You know, he said something the other day. Jason Whitlock has worked at it Kansas City Scar. He’s worked at ESPN. He’s hosted his own show at ESPN. He’s been an analyst and guest on other shows at ESPN. He said that he has never gotten more reaction to his work than when he joined this Outkick site and podcast, which I found fascinating.

Here’s how he begins the piece. “The objection is to the culture, not the people. The objection is to the people manipulating and controlling the culture, not the people being manipulated and controlled. The puppet masters want you to read my words as a rebuke of black people. It’s a rebuke of the puppet masters, the organizers of the ‘Unapologetically Black Olympics’ that I referenced last week … I am repulsed by the people who have worked tirelessly for more than 400 years to convince black people that our skin color is our most prized asset and defining characteristic.”

What he means, he’s repulsed by white liberals who’ve done nothing for 400 years but try to tell black people that their most prized asset is their skin color. “This conceit originally led to our physical enslavement. It has now led to our mental enslavement. The stewards of the zeitgeist — i.e. the spirit, mood, characteristics of a particular time in history — have persuaded black people to pursue blackness above all else, above faith, intelligence and freedom.” 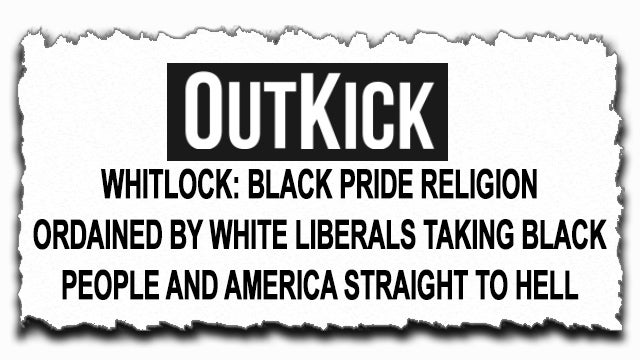 And Jason Whitlock says, “I object.” I object passionately. “This blinding, irrational pursuit” of skin color, this pursuit of blackness above all else “is leading to the destruction of black people and the destabilization of our country. … Over the last 55 years, the stewards of American culture have worked to disconnect black people from our religious faith, our salvation. Black pride is our new religion. Our skin color and the degenerate behaviors white liberals have deemed as authentically black have become the hallmarks of black culture.” That deserves exploration.

RUSH: Now, back to this Jason Whitlock piece, folks, I’m telling you this the kind of piece that had he written at ESPN he might not have survived there. “Over the last 55 years, the stewards of American culture have worked -” and he means by this the American left, white liberals, primarily “– have worked to disconnect black people from our religious faith, our salvation. Black pride is our new religion. Our skin color and the degenerate behaviors white liberals have deemed as authentically black have become the hallmarks of black culture.”

“There’s nothing blacker than repeatedly saying ‘nigga’ in public spaces or having a baby mama/daddy or dealing drugs to survive poverty. The highest form of blackness is being a victim of racism, especially if it involves a white cop.” That’s what white liberals are telling us today. “White liberals have convinced black people to take God out of the equation and replace Him with Barack Obama, LeBron James, Dr. Harry Edwards, Colin Kaepernick, Black Lives Matter and all the other approved symbols of unapologetic blackness. I object to this insanity,” , says Whitlock. “Love of my skin color is not America’s salvation.”

RUSH: This is some really, really powerful stuff. Now you see why I kept it in the Keep It Holdover Stack. “The worship of skin color creates a dangerous level of racial division. White liberals, socialists and communists are using black people to promote racial anarchy. Every tenet of Karl Marx’s political theory can be seen in the Black Lives Matter movement. …

“White liberals have convinced black people to take God out of the equation and replace Him with Barack Obama, LeBron James, Dr. Harry Edwards, Colin Kaepernick, Black Lives Matter…” Jason Whitlock says, “Love of my skin color is not America’s salvation. Random white people loving me is not the key to my happiness, freedom or success in this country. …

“The key to bringing down America and installing socialism and then communism is disconnecting black people from religion and connecting us to political theories hostile toward Christianity and other religions. The mission is nearly complete. Black Lives Matter is the final piece of the puzzle. Skin color and liberal politics are the new hallmarks of black culture. That’s why Pastor LeBron James preaches a regular BLM sermon.”

A lot of people have asked me, “Who is Dr. Harry Edwards? Why is he in this list?” Very, very briefly, Dr. Harry Edwards used to be the “race coach” of the San Francisco 49ers. You’re probably saying, “Race coach? What’s a race coach?” I don’t know. But back in the 1980s, late eighties, nineties, during the 49er dynasty of Joe Montana, Dwight Clark, and the rest.

Roger Craig. I mean, that was a fabulous team. Harris Martin. Dr. Harry Edwards was a sociologist professor at Berkeley, and he was roaming the sidelines at 49er games, and he was like on the road trips with all the 49ers. Whenever I was on the road traveling to a Rush to Excellence Tour in, like, Houston I’d stop in, I’d watch the 49ers take on the Houston Oilers, and there’s Dr. Harry Edwards on the sideline.

I said, “What is he?” Somebody said, “He’s the race coach.” “What is a race coach?” “Well, he’s there to provide counsel for the black players.” I said, “For what? They’re 80% of the team. What…?” “Well, it doesn’t matter. They’re still discriminated against, and they’re still this and that. Dr. Edwards is there to maintain their self-esteem and…”

I said, “It sounds to me like he’s just a high-paid groupie. But okay. If you say he’s ‘race coach,’ he’s a race coach.” That’s what he was. Anyway, he’s still active. Not as the race coach of the 49ers. He’s still active, as Whitlock describes here, as one of these people who are influencing black people to remove God from their lives along with LeBron James, Barack Obama, Colin Kaepernick, and all that that.