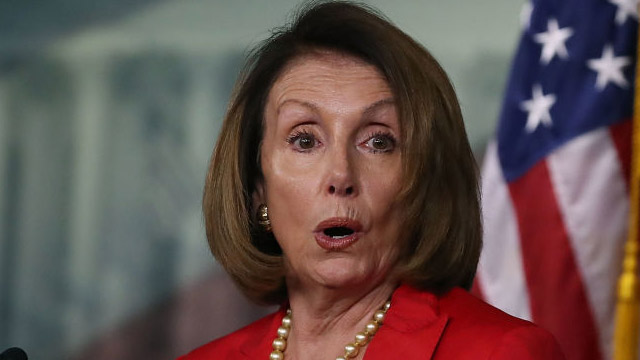 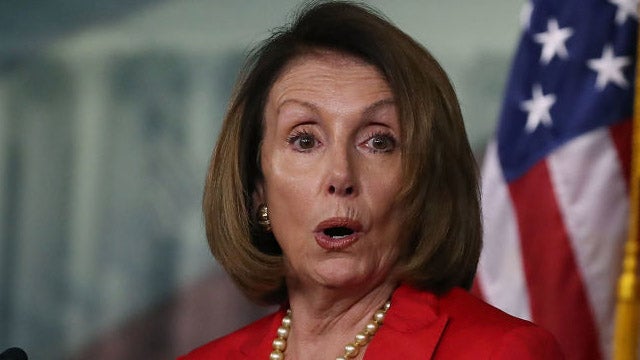 RUSH: It is mildly funny to watch what’s happening on the Democrat Party side with Pelosi. Some newly elected Democrat women and some longtime Democrat women in the House are challenging Pelosi for the speakership. And the media is accusing them of bias, gender bias, and they’re women, and they’re having to defend themselves. “What do you mean I can’t oppose Pelosi because I’m a woman? What do you mean, I’m a woman?”

It doesn’t matter. We got liberal Democrat women, it doesn’t matter that I’m a woman because some in the media — CNN is in the tank for Pelosi. CNN is the Pelosi defense counsel, if you will, and so CNN’s leading the charge against any and all challengers to Pelosi. And Avenatti, the same thing.

Here comes Avenatti, you know, when it was Kavanaugh that was accused of what Avenatti’s accused of, they gave him no benefit of the doubt, there was no presumption of innocence.

RUSH: I’m looking at the phone lines, and I don’t see a single call about Nancy Pelosi. I don’t see a single call about what’s happening with the Democrat Party right now in the House. And I don’t blame you, folks. I don’t blame you. I’m pretty much clued in as to the mood that you’re all in today, ’cause I think I’m probably feeling the same way.

It doesn’t matter who the Dems have as Speaker of the House, they’re still gonna be who the Democrats are. I couldn’t care less whether Pelosi is the speaker or Anastas Mikoyan, it doesn’t matter to me, they’re gonna be the same bunch of people no matter what. The Drive-By Media is concerned about it because the Democrat Party is their party, and they’re fascinated by it, and of course CNN is totally in the tank for Pelosi.

And that’s another thing. I’m fed up watching the Drive-By Media every day having to care about what’s going on with the Democrats. Everything’s done, everything’s reported, everything’s televised, written and broadcast from the standpoint of, “What does it mean for the Democrats?” Some days, you know, I can put up with it. Some days I’m able to digest it and deal with it in a mature way. Other days it just frosts me. And this is one of these days where it’s just frosting me.

I couldn’t care less whether Nancy Pelosi is the Speaker. And, frankly, it’s not a big deal to me that the Democrats are at war. What concerns me is that the Republicans are. What concerns me is that the Republican Party still has a sizable contingent trying to undermine its own president and, in the process, undermine Republican voters, undermine Republican citizens. You know, the Republicans are acting like all of this is just about them within the beltway, inside the Washington establishment, and somehow Trump is this horrible figure. We’ve gotta do our best to distance ourselves from him or get rid of him or whatever.

Meanwhile, he’s the only Republican that’s ever had any results since Ronald Reagan, only serious, decent results in reviving an economy, in representing the interests of the people that vote Republican, he’s practically a lone wolf. And here we see, you know, serious contenders, serious members of the Republican Party doing their best to undermine him. And it frankly, it wears us out, and it ticks us off.

So whether Democrats are having problems with Pelosi. Big deal. The media is trying to make a big deal out of the fact that there are women opposing Pelosi, and since they’re in the tank for Pelosi, they’re actually calling these women misogynists. In fact, Pelosi is too. This is Pelosi talking about misogynism, I’m pretty sure.

PELOSI: I have overwhelming support in my caucus to be Speaker of the House. You have to ask those people what their motivation is. I think of the 17 it’s mostly like 14 men who are on that letter. If in fact there is any misogyny involved it’s their problem, not mine.

RUSH: All right. So it’s women who are against Pelosi. It’s women that are running against her but she’s ratting out men and she’s call men misogynists. Now, in a free, fair, and open media, this would be news. That the Democrat Party has misogynists in it, that the Democrat Party has sexual abusers in it. This is the kind of stuff that’s gets swept under the rug, and here’s Pelosi all out of shape. It is women running against her for Speaker of the House. “I think of the 17 it’s mostly like 14 who are on the letter. If in fact there is any misogyny involved, it’s their problem, not mine.”

So whoever the Democrats end up with as speaker is still gonna be a radical leftist — uncompromising, uninterested in anything but the Democrat agenda, which is as it should be. So that is something that, frankly, is just a distraction to me.

“’Never Nancy’: Democrats ramp up efforts to sideline Pelosi, without offering an alternative.” This is ABC News. This is not the first time. Every time the Democrats have — oh. There’s another word the Drive-Bys are using when they describe what happened on Election Day. Democrats regained the House of Representatives. Democrats regain.

What does that mean? Not won, not even retook! Regained! Regained means it’s theirs. Their entitled to it. The natural, normal state of affairs is Democrats in power, and there was this brief aberration here of some years, but the Democrats regained. The House of Representatives. And every time this happens, we’re told Pelosi’s days are numbered, that there’s all kinds of young people, whippersnappers that want to challenge her. And I think some of them are going to, but we’ll see how far they get.

I will agree that there is a potential for some fun fallout on the Democrat side ’cause I think this young crop of Millennial Democrats is feeling much more powerful than they are. And of course they’re bringing their sense of entitlement, the fact that they’re special and all this self-esteem with them. And that coupled with their belief that it’s time for these old people to get out of the way, it could show for some interesting fireworks at some point down the road.