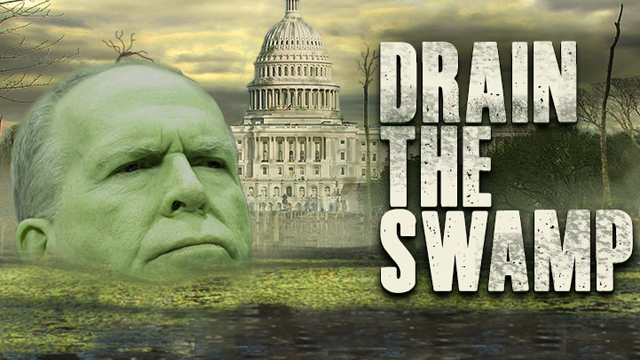 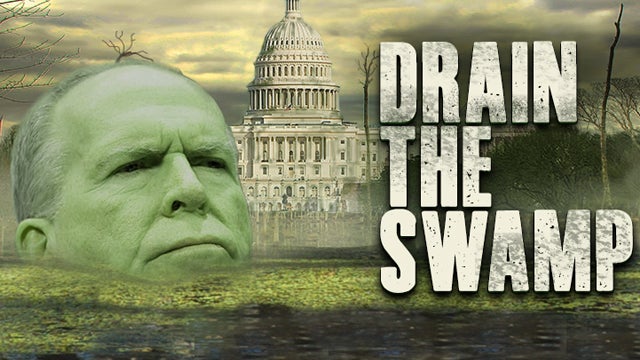 RUSH:  When did John Brennan become some sacrosanct?  You guys…? Do you realize that this clown, Brennan, voted for the Communist Party candidate for president once, that he was a big muckety-muck in the CIA during 9/11 (which they had no idea was coming), and he was also part of the intel group that was telling everybody the Iraqis had weapons of mass destruction in the first Bush term?  Now, where is it written that this guy’s infallible?

Where is it written that John Brennan — above all else — must be granted his security clearance, when this guy is actively engaged in overthrowing a duly-constituted and elected president?  Well, you know the answer to the question.  It’s because the left doesn’t care about the Constitution. It doesn’t care about the rule of law.  It cares only about its power.  And, folks, none of those are cliches.  None of those are exaggerations.  That is exactly what’s going on.  It’s why Strzok is having liberals give him $400,000.

And Mueller didn’t want to get rid of him, and Mueller didn’t tell anybody why they were fired when he fired ’em!  And he staggered the firings. I think Strzok Smirk was fired in August and Lisa Page the next one.  Mueller tried to hide from people who they were and what they were doing.  Brennan did on Clapper.  All these people from the Obama Department of Justice should have had their security clearances pulled the moment was learned that they were involved in the dossier!

From the moment it was learned they were involved with the dossier and the Clinton campaign in trying to run an intel operation to sabotage a presidential campaign, they should have been gone. They should have had their security clearances stripped way back then.  But note that Obama didn’t fire ’em, either.  Obama didn’t want to get rid of ’em.  Now, this was all in service to Hillary Clinton. It was all in service to making sure Hillary Clinton never got charged with any of the crimes that she had committed because their futures all depended on Hillary Clinton being elected.

RUSH: I swerve back to the phones here and go to Seymour, Connecticut. This is Terry. It’s great that you called. Hi.

RUSH: Thank you. Thank you so much.

CALLER: We truly missed you. And speaking to you today is probably the second greatest honor of my life.

RUSH: Well, I understand that. Believe me. I never got to meet President Reagan. 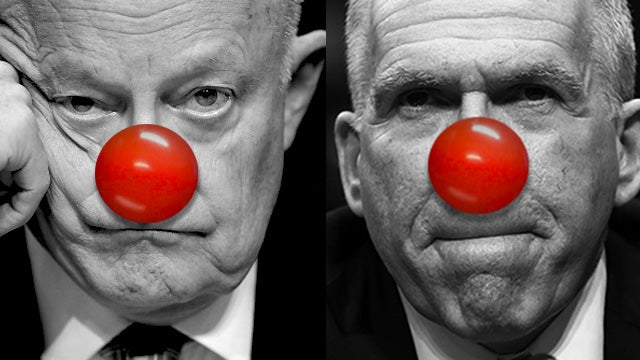 CALLER: It was a great honor. I was not quite 18 yet, and he was running. It was something I’ll always remember. But I’m hoping, getting back to Brennan and Clapper and this whole crew, I’m hoping you can explain to us why all of these people, once they are not working for the government anymore, maintain their security clearance.

RUSH: You know, it’s an excellent question. It’s a question that even I asked myself. And do you know how rare that is? Well, actually I ask myself a lot of questions, which is a good thing. But I found out why, and it’s probably not gonna satisfy you. It’s tradition. It’s the way it’s always been. Remember who these people are, Terry. They’re all of the swamp.

But they’re all part of the Washington establishment at all times. And so they keep their clearances. That’s what I have found out. I was surprised, too, when these people leave their jobs in intel, they hold on to their security clearance, and they are privy to what is learned even if they’re out of those offices.

RUSH: So I’m looking at some of the things that this idiot John Brennan has — he wrote an op-ed, they gave the guy an op-ed somewhere, New York Times, Washington Post somewhere, after his security clearance was pulled. Do you know one of the things he wrote in his assault on Donald Trump was that Donald Trump actually asked the Russians to spy on Hillary Clinton. That Donald Trump asked a foreign state, a foreign power, an enemy state, to actually conduct surveillance on Hillary Clinton.

He’s talking about Trump’s joke. Now, this, to me, is — well, it’s a big deal, because, to me, this is personal. My sense of humor is satire and parody. And that’s exactly what Trump was doing when he made this comment. Let’s reset the stage. This happened in the summer of 2016. Hillary’s email server had 60,000 emails. And she turned over 30,000 and then said the others were not important. They had to do with her daughter’s wedding registry and yoga lessons and all that.

And she deleted them. And she used BleachBit and then all this other stuff. And people didn’t believe that. And besides, wherever there are emails, there are backups, there are copies. Somewhere Hillary Clinton’s emails still are, they exist somewhere. She can BleachBit her server all she wants, but her server was not air gapped, meaning it was connected to the internet. So they’re somewhere.

And so the media was going nuts about it. A lot of people were raising questions about where Hillary’s missing emails were. And Trump thought it was ridiculous because somebody had ’em. Somebody knows where they are. So Trump starts mocking all of this so-called concern. And he says, “Russia? Russia? If you’re listening, so many people are trying to find Hillary’s emails,” he joked, because the real point, nobody wanted to find ’em. They’re trying to cover ’em up.

So Trump says, “Russia, if you’re listening, maybe you can help find them. And if you do, you might want to let the U.S. media know.” When I saw that, I started laughing myself silly because that is a humor technique that I have employed religiously, and it’s gotten me in trouble. Leftists do not get it. I can’t tell you the number of times that I have been misunderstood and then labeled something horrible because of a similar kind of joke. They have no sense of humor. They don’t laugh about anything anyway.

When you’re mocking them and laughing at them, A, that’s not tolerable, that isn’t permissible. And here is John Brennan, this guy ran the CIA. And he wants us to believe that he doesn’t understand that this is a joke? He wants us to believe that Donald Trump is actually suborning Russia investigating Hillary Clinton, that he was actually inviting Vladimir Putin to spy on Hillary Clinton. Now, what kind of stupid is that? But he’s dead serious, or he at least wants people to think that Trump was really — and he’s not alone.