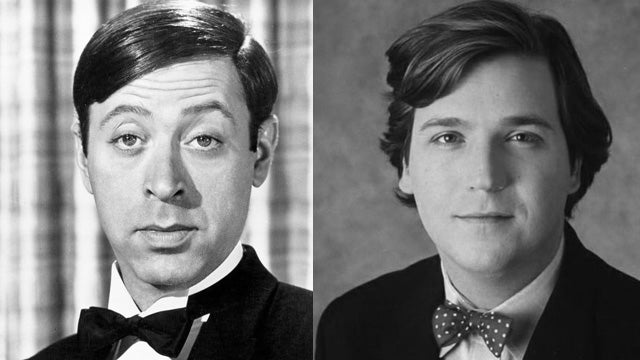 RUSH: Mark in a tractor-trailer somewhere in Massachusetts. It’s great to have you here with us, sir. Hi.

CALLER: Yeah. I call him that now. My wife says, “Stop that.” (laughing)

RUSH: Do you know who Chatsworth Osborne, Jr. was?

RUSH: Do you ever remember watching a television show — how old are you?

CALLER: Sixty. I didn’t watch much TV, though.

CALLER: Okay. I never saw that. That’s why.

RUSH: It was a college kids’ program. Dobie Gillis was a college student, and his buddies were college kids. It was kind of like a college kid version of Leave It To Beaver. And one of the characters was this uppity, elitist, snobbish, know-nothing character named Chatsworth Osborne, Jr. You know, who would name a kid Chatsworth? It’s obviously somebody’s last name. Chatsworth Osborne, Jr. So the kid was a preppie. And it’s a very affectionate nickname that I have developed for Tucker Carlson. I haven’t used it in a long time. But that is the source of it. You should YouTube Dobie Gillis and you’ll see the character.

CALLER: Well, I’m gonna now when I get home. I should be able to make it home tonight.

RUSH: You’ll probably recognize the actor who portrays Chatsworth Osborne, Jr. But that show is now, the sixties, that show is close to 70 years old. And it was in black and white, and I don’t remember who starred as Dobie Gillis, but that was the name of the show. And there were all kinds of great characters in it. And it was basically a bunch of smart-ass little college kids even back then. And it was just about their lives and how they interacted with the professors.

I was nine or 10 years old when the show ran. I’m not even sure my memory of it is accurate. But what you need to know is that it was an affectionate nickname. (interruption) Yeah, Dwayne Hickman. That’s right. You’ll recognize him. Dwayne Hickman was Dobie Gillis, the star of the show. You’ll recognize Chatsworth Osborne, Jr. He’s a character actor that’s been in stuff for 60 years, 50 years at least. Anyway, I’m glad you called out there, Mark. Now, that’s a great Open Line Friday question. And, Mark, were you offended by that or were you worried that Chatsworth would be offended by it? (interruption) Okay, good. Good. ‘Cause there was no offense ever intended.

RUSH: No, no, no, no. I was not describing Tucker as a no-nothing elitist. It’s a physical similarity, Chatsworth Osborne, Jr. And I named him that when Tucker was hosting Crossfire back on CNN.