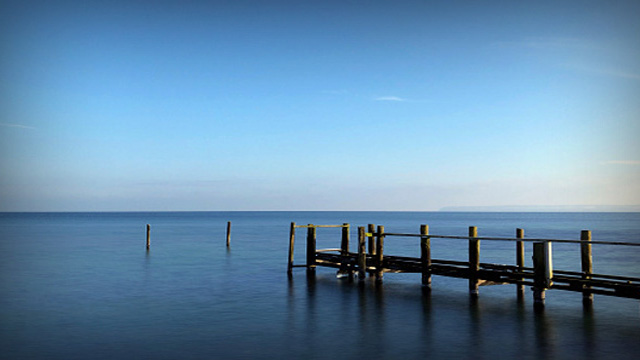 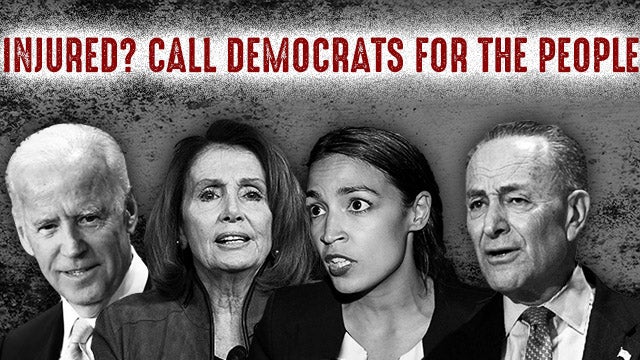 And it’s people in hospitals with broken legs and on crunches and heads being all bandaged up and then the lawyers are decked out in their three-piece suits. “For the Injured.” And the telephone number is the same number, eight different digits because they figure their clientele’s too stupid to remember a real phone number, so they paid whatever it is to get a phone number of the same number, just however many times you need, what, eight times for a phone number.

For the Injured, For the People. You could see that on a billboard advertising a used car lot. “For the People.” Which, of course, the great irony there is Democrats do nothing For the People. Unemployment news comes out and it’s the greatest it’s been in 25 or 30 years, and Nancy Pelosi says it’s a trick and it’s actually gonna be harmful to the American people. They’re looking good economic news square in the eyes and they’re threatened by it.

RUSH. So “For the People,” which is a great slogan for a used car lot or a personal injury law firm, it’s actually — you may not know this my friends — it is the fourth slogan that the Democrats have cycled this year. The 2018 election cycle. The House Democrats originally went with a slogan called “A Better Deal.”

And this magic new motto, which is no doubt the result of tens of thousands of dollars of market research, focus groups, polling, they debuted this at a private meeting with members of the Democrat National Committee yesterday.

They actually had a big party or an event to unveil their fourth slogan of the 2018 campaign year, “For the People.” I want you to start paying attention as you drive around town, folks, all the places you see that. “For the People,” “For the Injured,” for the whatever, and take a look. Just notice where you see the slogan. And I think it won’t be long before the Democrats drop this.

RUSH: “House Democrats Bet on the ‘For the People’ Slogan to Counter Trump’s Tweet Machine.”

Slogans are words, and words are nothing if there isn’t any substance, if there isn’t any deeds behind them. Look what the Democrats say they’re gonna run on. “They say it sums up the party’s position on three core issues: health care costs, infrastructure projects and efforts to expose corruption.”

So the Democrats created Obamacare. They shut down free markets with regard to health care. Their last shovel-ready infrastructure bill was nothing more than a money-laundering scheme for the Democrats via the unions. Trump’s talking about a real infrastructure deal. And, by the way, “Make America Great Again” has real meaning, substantive meaning, and it also has progress. Trump is on the road to making America great again.

By the way, just the fact that somebody would oppose that, doesn’t that tell you everything about them you’d like to know? So Rachel, you’re out there and you’re getting some new typewriter ribbons for the office, and somebody comes up and they’re wearing their Make America Great hat, you say, “What’s that?”

By the way, folks, the Drive-By Media is beside itself — well, they’re beside themselves every day. As far as the Republican Party is concerned, President Trump’s summit with Vladimir Putin went flawlessly. Axios, a Millennial news outfit, and SurveyMonkey — this is the survey unit that’s associated with the Monkey Bar — they have released a joint poll showing 79% of conservatives approve of how Trump handled the press conference with Putin in Helsinki.

Sixty-two percent of independents said they disapprove of it, and 91% of Democrats disapprove. So why is the media unhappy? Because they’re desperate to separate Trump’s voters from Trump. And they are failing to do so.