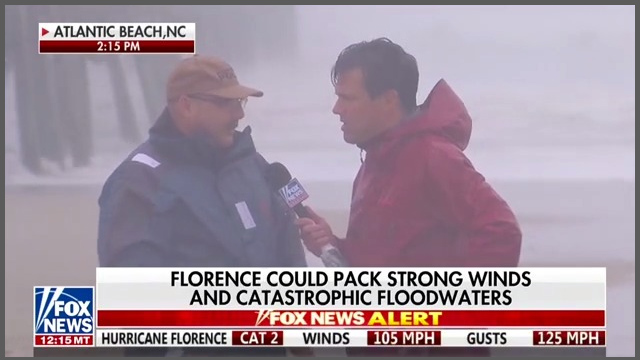 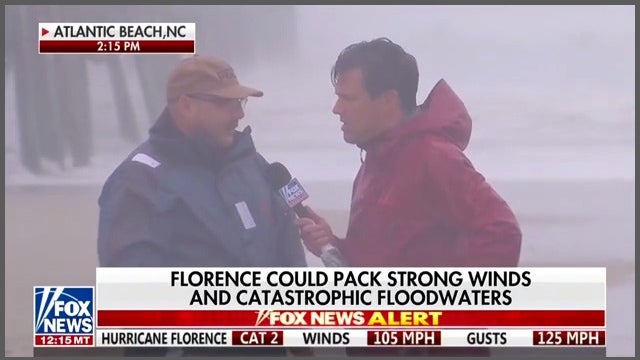 RUSH: Dave in Salt Lake City, Utah. Great to have you on the EIB Network. Hello.

CALLER: Hello, Rush. It’s 30 years of excellence and I’ve been listening or for 30 years. I’m a year younger than you; so you’re the senior guy here. I just want to say that it’s funny that these press people scour all this hurricane stuff that you talked about — and mandatory this and that, get out of here, get out of here — and they fly ’em in to get in harm’s way and put people at risk to get them out of there. Don’t you think that ironic?

RUSH: You mean the media people demanding everybody to get out while they fly in to report on it?

RUSH: Yeah, this is a media phenomenon. It happens every snowstorm in every city in America where there are snowstorms. The media will dispatch reporters in the middle of a snowstorm to tell you that it’s snowing, and then they will suggest that you stay inside. It’s too dangerous out there. Don’t do what they are doing. Do not go out there and stand in the snow and freeze your tush off. It’s a public service. The media realizes you’re too stupid to know whether or not it’s safe out there. Same thing with a hurricane.

Mandatory evacuation efforts, and the Drive-By Media plunges in there and then does reports from the midst of the storm warning everybody to stay away. Presumably people who’ve already left will not be able to watch the warning to leave because they’re not there, or if they are able to see it, it’s after they already have left. I saw a story, by the way, that was yesterday (and I don’t know if it’s still active what with the storm having weakened some) that even the rescuers, the EMS people were not going to be able to stay, that it was gonna be so bad that even they were going to have to leave.

But the media will be there. The media will be there in the midst of the storm taking shelter. You’ve seen this. How many of you have seen a media person actually blown off of his or her feet by the wind? I’ve seen it numerous times. And then they run to try to take shelter… Say their guy is staying in a hotel so you’ll be doing the report from the hotel, take shelter under a staircase or by vending machines where the condoms and the Cokes are. The wind still whips around the corner and grabs ’em and takes ’em off balance. But, man, they’re valiantly reporting.

You can’t even hear ’em because the windscreens in the mics are not working. And they’re shouting to be heard, warning you not to go outside like they are doing. But this because of valor. They possess valor. They are doing everything they are doing to advance journalism and save you. The premier… It’s a premier sacrifice. I think, in truth, folks, it has led in some cases to our culture being so baby-like in many ways. “Now it’s raining, Little Johnny,” who happened to be 40 and watching TV.

“It’s raining, Little Johnny! Don’t go outside without an umbrella.” That’s part of every weather forecast today too. If you’re gonna go outside when it’s raining, make sure you take your umbrella. “Oh, I’m glad they said that. That would have never occurred to me.”