RUSH: I checked the email during the break. “Rush, you’re really fired about this lockdown business.” I am fired up about it and I… Folks, I’m gonna try to make the case in a little bit different way. The one thing people in the emails that I check are asking me is, “Why are you so convinced that we can open up?” And that’s a good question.

One thing I want to stress: I am not a medical professional, and I’m not a trained economist, and I’m not formally educated in any of the fields that we are being given information by and told how to react accordingly. I’m not saying I’m smarter than anybody else, and I’m not at all trying to inspire or provoke any kind of behavior.

I’m just telling you that there’s a lot about this that really concerns me, and it has concerned me for weeks, and the concern is… I don’t know how else to say this. I’ve said it this way countless times. Look, I love all of you. I love everybody in this country. I love the country — and especially those of you in this audience. I feel like I have almost a familial bond.

The program is into our 31st year. That doesn’t happen. That’s a rare thing, and I have the greatest appreciation for it. So when I travel around and I see shutdown businesses and boarded-up windows, I see your faces behind them — or the faces of people that I haven’t met — and it just bugs me. It bothers me, and actually breaks my heart, because I don’t believe it’s been necessary to this extent.

But that belief is based on instinct and a couple of other things — my intelligence guided by experience — and one of the things that makes me confident in believing that my instinct on this is right is to look at the people who are for this. Now, I’m gonna exempt the medical people because, of course, they’re gonna want their pristine conditions and they’re gonna want the shutdown and this kinda thing for whatever reason.

I’m talking about governors. I’m talking about the political and elected class that has the power to enforce these shutdowns. Who are they? They are the same people who have been lying to us for four years about literally everything if it has anything to do with President Trump. They have been lying to us about Trump stealing the election, colluding with the Russians.

That is such a big scandal.

I will never forget that. I will never forget all the people involved in it. They knowingly lied. The stories are coming out now. They knew the Steele dossier was bogus, and they did all of this anyway. Mueller knew there was no case, and yet he took the job of running that bogus investigation. It had one objective: To overturn the election of 2016, the results.

The same people advocating a never-ending lockdown are the same people that gave us that, and they’re the say media people. Then they went after Kavanaugh. Then they tried to impeach Trump. They relied on Stormy Daniels and Michael Avenatti. Four years of this crap that we’ve had to endure every day in the media.

And now these same people are advocating for an extension of and continuation of this economic ruin that has been brought on to the United States by this virus. And then I say, “We’ve never done anything like this for any other virus that has ever happened. We have never shut down the country like this for practically anything!”

I can’t separate all of this. There are people benefiting from this politically. That, to me, is sick. But then that’s their modus operandi: Benefitting from the pain of others. That pain creates dependency, which prompts votes for Democrats. But mostly it is I’m just not sure that it’s been necessary to stop the virus, because it hasn’t.

And then I read they’re finally being honest. This was not… The lockdown, the shutdown, never was intended to stop the virus. It was never intended to slow the growth of the virus. All intended to do, they say, was to flatten the curve, slow the infection rate. Not end it. Slowing it is only going to extend it.

But they said we had to slow the infection rate, and, “The only way to do this is shutting everything down and you staying home. And that will free our hospitals to be able to handle the massive number of COVID-19 patients which will no doubt flood our hospitals.” Well, that hasn’t happened. It hasn’t even really happened in New York. 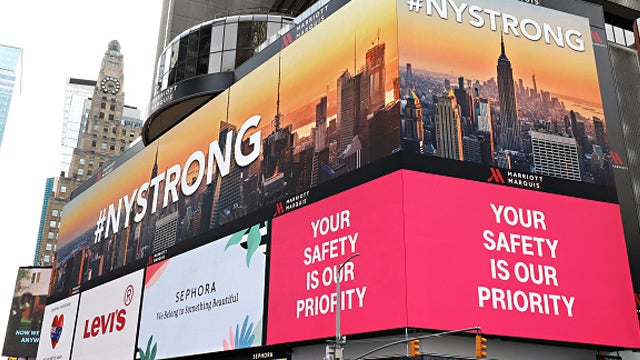 There’s been some pressure on some hospitals. But all of the overrun hospitals that were manufactured and assembled on a lickety-split pace like the Javits Center and the Central Park field hospitals were never used because they weren’t needed. Now I look for other evidence that I might be right, and for that you turn to other parts of the world and to see how they are dealing with it.

Of course, the largest nation that is dealing with this in a completely opposite way from us is Sweden, and I have a couple stories here from Sweden. (interruption) Well, no, I just… It’s real simple. Folks, I just haven’t seen any evidence that throwing 22 million people out of work with no end in sight to it is a way of handling a runaway virus, a runaway disease. I just don’t see the correlation.

We got 22 million people out of work and counting. More and more people are gonna be filing unemployment. If this was the way to deal with this, the health people should tell us we’re making a lot of progress. But they’re not. They’re telling us it’s only gonna get worse in the fall. What the hell is that! If we haven’t even scratched the surface yet with 22 million unemployed, what’s it gonna take, 30 million unemployed?

How much unemployment, how much economic destruction is it gonna take to beat the virus? And you see, that’s where it breaks down as far as I’m concerned, because I don’t think we have to destroy jobs or the economy to defeat a virus. We’ve not chosen this route in dealing with any other pandemic. We have never done it.

But the people behind this one are part of that crowd that hates Trump and will do anything to get rid of him — and I’m sorry, but you cannot erase the past four years, and you can’t all of a sudden… It would be stupid to assume that people who’ve been lying to you for four years, all of a sudden are telling the truth every day. 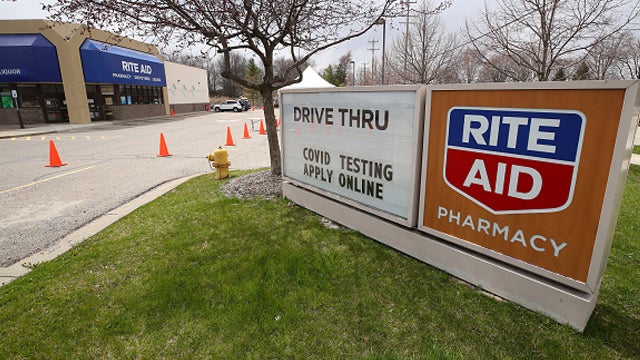 I’ve looked at history. I’ve look around the world in pandemics, and I haven’t seen this procedure that we are employing here as having ever successfully beaten back a virus. Can you blame me for being suspicious? I mean, if this were the recipe, okay, there’s a runaway virus in our country. Immediately we need to shut down, 22 million to 30 million people need to stop working, their jobs need to be shut down and ended, their businesses need to be closed. You can’t find for me anywhere in world history where that has been a way to defeat a virus.

And yet we are doing it. And now when anybody talks about ending it and opening up, look what happens to those people. They’re targeted, finger pointing, blame, shame, how dare you, you’re killing people, you’re putting millions of people at risk. You got drones flying over communities trying to spot people standing closer together than six feet.

These models that have been used to forecast all this, the models forecasting the infection rate, the models forecasting the death rate, they still don’t tell us officially that 98% of the people who get the virus recover from it. That is a factual number, but you can’t find it anywhere. You know, the one thing missing in the models is the economic harm that comes from following them. Don’t you think that kind of is relevant?

These current models are kind of like a zero-sum game. Nope. You can’t build that shopping center there because there’s a snail darter and it’s endangered; so the snail darter survives and you don’t. Zero sum. No compromise whatsoever. But if you’re gonna put together a bunch of models forecasting the spread of the disease, the number of infections, the number of deaths, can somebody tell us what the economic harm will be as a result of this? Why isn’t that part of the model projections?

Anyway, back to Sweden. Two things about Sweden. “Swedish Epidemiologist Johan Giesecke: Why Lockdowns Are The Wrong Policy — Professor Johan Giesecke, one of the world’s most senior epidemiologists, advisor to the Swedish Government, the first Chief Scientist of the European Centre for Disease Prevention and Control, and an advisor to the director general of the WHO, lays out with typically Swedish bluntness why he thinks: UK policy on lockdown and other European countries are not evidence-based.”

He said the correct policy would be to protect the old and the frail and those highly susceptible. That’s where you focus. He said this will eventually lead to herd immunity as a by-product. Which, short of a vaccine, is the only thing that’s gonna stop it, is people building up antibodies to it. He said the first model from the Imperial College was not very good, that he’s never seen an unpublished paper have so much policy impact. That was the paper, that was the model that forecast 2.2 million U.S. deaths and 500,000 U.K. deaths.

And then the modeler of plugged in a variable. What if everybody social distanced and the 2.2 million became a hundred thousand in the United States and the 500,000 in the U.K. became 20,000? So what good was the first model? It was worthless except as an agent of scaring people. “The paper was too much pessimistic.”

Anyway, he says that COVID-19 is mild, similar to the flu, it’s not nearly as deadly as people think. Well, 98% people recover.