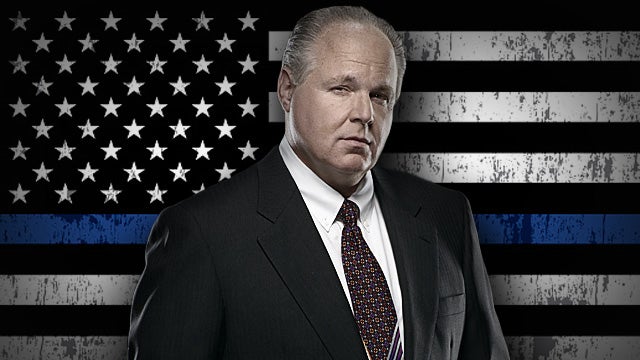 RUSH: This is Kevin in Elkhart, Indiana. Great to have you. Welcome to the program, sir.

CALLER: How you doing, Rush? Thanks for taking my call.

CALLER: With all the attacks against the police lately after the George Floyd travesty, basically all of it coming from the left, do you think the police unions and the Fraternal Order of Police will be backing any Democrat candidates this coming election?

RUSH: You know, this actually is a fascinating point that you are bringing up. I have a fascinating little story here that — I don’t know about the future. But you are making a very valid point, and that is that these police union groups are just like other union groups. They have been loyal donors and voters to the Democrat Party for as long as you can remember. That’s your point, right? You’re wondering are they gonna continue to vote for Democrats in light of what’s happening in these Democrat cities and states?

CALLER: Yeah. You know, backing Democrat candidates like they always do.

RUSH: I wouldn’t doubt it. I honestly won’t doubt it. I would hope that it wouldn’t be the case. You would hope that these people would realize — here you have these cops in these deep-blue cities run by deep-blue Democrats who have created social circumstances that make policing literally impossible, so much so police are walking off the job in various cities, like Atlanta, or did. Yeah, that’s something to keep an eye on.

And I wish I could remember what is triggering me on this. I read something in the past couple, three days. I did not print it out. I can’t remember it. But it was a story about this very thing and how contradictory it all is because these police union organizations have done what all unions do — they have spent money, donated money, gotten the vote out for Democrat candidates left and right, and it doesn’t make any sense.