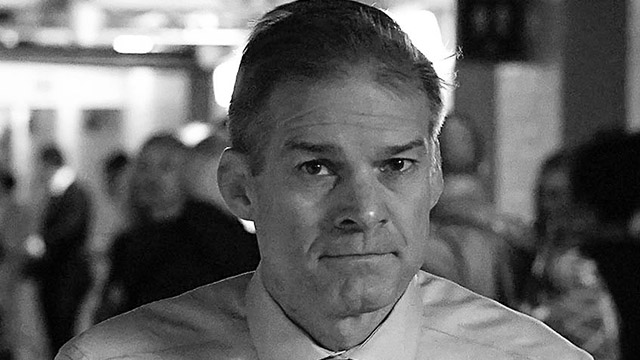 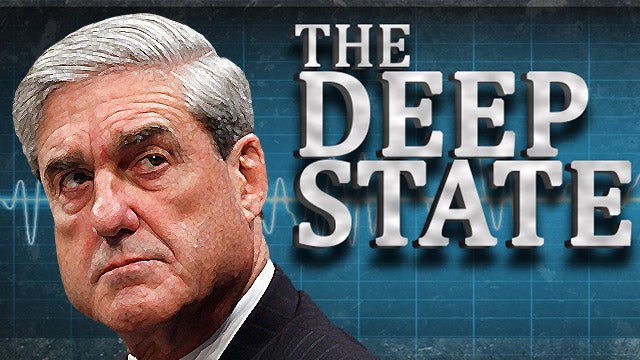 RUSH: The latest is an attack on Jim Jordan, who is a Congressman of Ohio. The timing of this really… He used to be the wrestling coach at Ohio State — I’m sorry, The Ohio State University — and a couple of ne’er-do-wells from that way, way back, a long time ago… All of a sudden — after Jordan had the knock-down-drag-out with Rod Rosenstein and after Jordan’s reputed to be in the running for the speaker of the House position — guess who’s running the investigation into Jordan?

Does that law firm name ring a bill? They’re the outfit that ran the Steele dossier. Perkins Coie was the cutout law firm that the Clinton campaign used to funnel money to Steele to write that phony dossier. Perkins Coie, Fusion GPS. So Perkins Coie is now conducting an investigation of Jim Jordan. Apparently these two guys from The Ohio State University wrestling team say that some doctor way back when was engaging in sexual abuse and that Jordan knew about it and didn’t do anything about it.

Jordan said he never heard anything about it. This all happened… The doctor committed suicide back in 2007 or 2005. This kind of stuff, this kind of opposition research, folks, it ticks me off like I can’t tell you, because that’s all this is. They got a scalp yesterday with Scott Pruitt, and that’s only gonna make ’em want more scalps. It’s not gonna calm ’em down It never does. All these Never Trumpers, “Yeah, it’s a good thing Pruitt went. By God, it was time for the guy to go. He’s a wacko!” 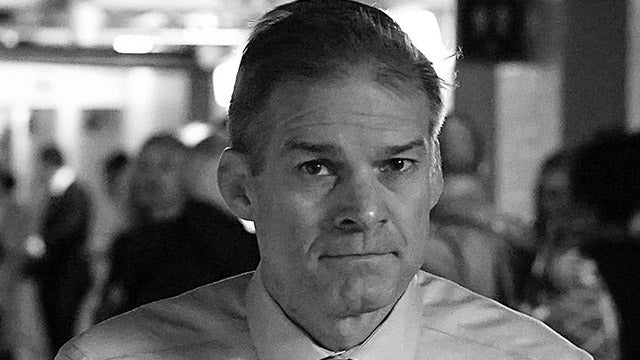 It’s amazing to me how little so-called experts understand what really goes on, why, and how, and what’s at stake here. But, anyway, Jim Jordan is the next target, and it’s obviously because he’s had a successful interrogation period with Rod Rosenstein and is being mentioned for possible speaker of the House role or position. He knows exactly what’s going on, and Trump has made it a point to defend Jordan and to call him one of the finest men that he’s ever met. So… But it just… I don’t know. It ticks me off.

It just ticks me off to watch these people get away with this and realize that our side doesn’t do this opposition research. In fact, our side was helping the left do opposition research against Trump all during the campaign and even into the present! And Paul Manafort. Do you know…? Can anybody tell me what Paul Manafort did? Off the top of your head, do you know why he’s in jail? Robert Mueller put him in jail. You can’t tell me specifically what he did.

“Well, supposedly he had some involvement Ukraine with the Russians and did this and that, but that was way before the Trump campaign, but I don’t know.” He is in the hole, folks. He is in prison in solitary confinement 23 hours a day. Thank you, Robert Mueller. This is outrageous! Manafort had nothing to do with Russia and the Trump campaign because there wasn’t any collusion.

But Mueller is trying to get this guy to flip and say anything Mueller wants him to say about Trump — and if you don’t believe that federal prosecutors will ask witnesses to lie, then once again you need to read License to Lie by Sidney Powell. Now, I’ve been given to understand that you can’t even get the book on Amazon. I didn’t know I know this. Folks, if you want to… All I know is the e-book is easily available at the iBooks store on your iPad or your iPhone or your Mac.

RUSH: Sidney Powell’s book, License to Lie. She’s selling it direct from her own website. For some reason Amazon would not stock it. I think she self-published. We’ve got a link to her website at RushLimbaugh.com. You can get there at the website or on the app if you’re interested. It’s Byron York reporting that Paul Manafort’s being held in solitary confinement in a Virginia jail. He’s being locked up in a cell 23 hours a day.

He’s currently facing two federal criminal trials, separate districts. One trial is set to begin July 25th, the other on September 17th. “The decision under review revoking Manafort’s bail less than 45-day before the first of the impending trials makes it effectively impossible for Manafort to prepare for the trials. He’s now housed in solitary confinement. The facility cannot otherwise guarantee his safety. He’s locked in a cell 23 hours per day, excluding visits from his attorneys at a facility approximately two hours away from his lawyers.”

According to Sidney Powell, the Mueller people are trying to shut down all ability for Manafort to wage a defense. He really doesn’t have much of an opportunity to meet with his attorneys. This is an outrage, and it’s all designed to get this guy to flip and tell a lie on Trump. He would have to… He hasn’t flipped now, obviously, because he didn’t have anything. The idea that these people are not coerced into lying? This is just outrageous! It is.

RUSH: Here’s some more details on the Jim Jordan situation. One of his accusers — and there are two of them. “Two former Ohio State University wrestlers are accusing Jim Jordan of ignoring sexual misconduct by a university physician more than 20 years ago.” What timing! Something that happened 20 years ago, and all of a sudden it’s now surfacing after Jordan’s heated contretemps with Rod Rosenstein and Jordan’s name being mentioned as potentially the new speaker of the House.

But these two former wrestlers raising hell now have a history of failed businesses, have a history of filing lawsuits and harassment allegations — and in the case of one of these accusers, an 18-month prison sentence for fraud! One of the guys, one of the wrestlers is Mike DiSabato. (I’m not sure how he pronounces it.) He’s “being accused by the widow of a Marine who was killed in combat in Iraq of intimidating and bullying her over a memorial fund set up in her husband’s name.

“NBC News published an article on Tuesday, quoting DiSabato and Dunyasha Yetts, another former OSU wrestler, claiming that when Jordan worked as assistant wrestling coach at OSU, he ignored sexual abuse carried out by a university physician named Richard Strauss. Jordan … has vehemently denied the allegations, saying that he was never told of sexual abuse against athletes during his stint at OSU, which stretched from 1986 to 1994.

“He said he would have taken action had he known about any abuse by Strauss, who killed himself in 2005,” and Jordan very properly is questioning the timing of the story. Don’t forget the law firm doing this so-called investigation is Perkins Coie. Again, that’s the bunch that served as the cutout law firm for the Clinton campaign to pay Christopher Steele to create that phony, lying Steele/Trump dossier. Perkins Coie. Of all people!

Are you telling me that the leading Democrat law firm in all of fascist Democrat America can’t find the correct email address for a members of Congress? Don’t guy it! (interruption) Yeah, they’re calling us the fascists. They’re the guys that put Manafort in solitary 23 hours a day denying his access to his lawyers. He’s got two trials coming up. He cannot even participate in his defense. This is Robert Mueller who left four innocent people in jail in Boston during the Whitey Bulger trials, even after learning they were innocent and they had been improperty convicted.

They call us the fascists? Remember, Mueller is Mr. Integrity. He is Mr. Sophisticated. He is the definition of propriety in the swamp. His reputation is unassailable. Well, everybody knows he’s trying to get Manafort to flip. He’s trying to get Manafort to say, “Yeah. Yeah. You know what? We did. Trump met with Putin. I was with him, and we planned all kinds of things steal the election.” He’s holding out to get something like that from Manafort who obviously hasn’t said anything, ’cause there isn’t anything to say.

Manafort’s charges have to do with years and years before the Trump campaign. But you know what’s crazy about this? That judge, T. S. Ellis. Manafort applied to have this case thrown out on a number of basis, and this judge didn’t throw the case out while in his opinion nailing Mueller and what he’s about. I mean, he nailed him in this report and from the bench. He nailed Mueller. He accused Mueller of all of what I just told you.

(summarized) “You don’t care about this defendant. You’re trying to get the president. You’re doing this and that. You’re trying to get him to flip. We all know what’s going on here,” and yet he wouldn’t throw out the case. So the judge knows everything going on. This is, I think, an indication of just how impossible it is to break up the existing ties that bind in the Washington establishment. I mean, there’s clearly all kinds of questions. Remember the Concord Management case? This one’s absolutely hilarious.

They didn’t do the bulk of what they did during the campaign. Well, one of the Russian troll farms immediately went out and hired a United States law firm — Concord Management hired the law firm — and showed up in court pleading not guilty and demanding to see the evidence that Mueller has because they’re entitled to discovery. Mueller was caught totally flat-footed. He never thought these guys would defend themselves.

These indictments were never intended to ever see a day in court. They were public relations indicts. Only they were indictments so the media could run, “13 Russians charged in Trump collusion case by special counsel Robert Mueller!” That was it. But now these guys have shown up, they’ve pled not guilty, they’re demanding to see whatever evidence Mueller has, and Mueller said, “Well, no, they’re not entitled to it.”

RUSH: I am kind of going at a machine gun pace today. I’m repeating certain things to make sure you get it, but there’s a lot to get through here today. And I am so ticked off at some of this stuff that I’m finding it difficult to restrain my passion. When that always happens, I try to slow down and speak just a little more slowly.

The only thing that hasn’t happened yet that happened in the sixties — and we’re on the verge of it — is a bunch of these radical leftists starting to blow things up. The Weather Underground, Tom Hayden and his buddies and Bill Ayers were blowing up bank buildings and government buildings all over the place, and we’re getting close to that here.

Now, the so-called objective back in the sixties all involved the Vietnam War. But this isn’t about the Vietnam War. This is simply the left being out of power. And they just cannot, they cannot accept the fact that Donald Trump beat them and is happy and is prospering and is demonstrating that the crap they believe doesn’t work. They just can’t deal with it. And it is crap that they believe! It’s proven crap!

Their crap is now being dumped in 20-pound bags in Nancy Pelosi’s district in San Francisco.