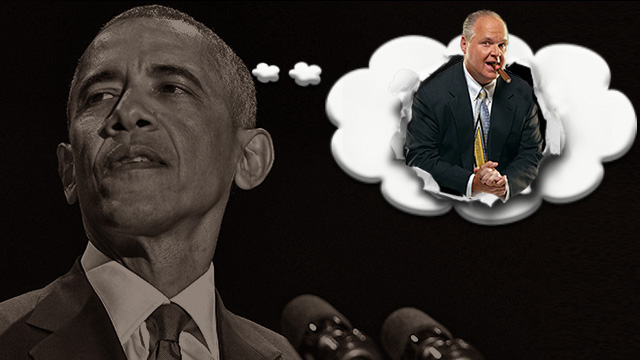 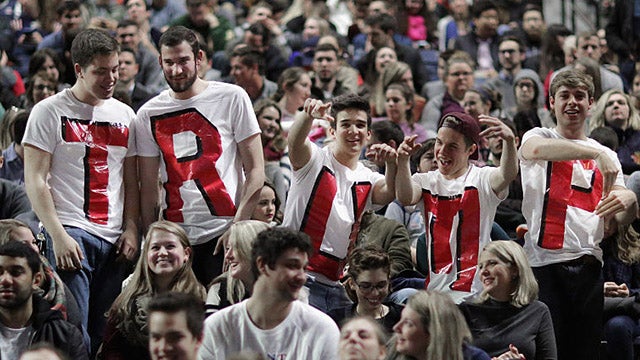 RUSH: The latest Reuters/Ipsos poll. This is not somebody’s news story. It’s a poll. And it’s Reuters. “Forty-six percent of young white men now favor the Republicans over Democrats. That’s a near complete switch from where the demographic group stood just two years ago when the GOP was led by free traders and open borders advocates.

“President Trump’s reshaping of the GOP from being aligned to the Chamber of Commerce to a party serving the interests of America’s working and middle class is winning over young white American men en masse.”

Now, there’s a reason for this beyond Trump, and that is that the Democrats, beginning in 2011, said they’re not interested in them. You know why a bunch of white men — I’m gonna tell you the truth — you know why a bunch of young white men have been voting Democrat? Because that’s what the women are doing, and men will always do what women want in order to get close to women.

I mean, men don’t go to museums unless a woman wants to and then they’ll act like it’s one of their favorite things to do, right? I’ve done it; you’ve done it. How many museums you been to, Brian? How many? How many would you have gone to on your own if not for the fact that the lovely lady wanted to go? And you went because that’s what you had to do.

Okay, so if a bunch of young women think that Trump is despicable or, on the other hand, if they love Obama and you have as an objective to get close to a particular woman, and she loves Obama, what are you gonna do? But now things have come along, Obama is gone, and the women that were for Obama, many of them have turned into undesirable hatemongers.

Meanwhile, working conditions and economic circumstances for people in America are improving, and that matters. These are back pocket issues. But then you go back to 2011, I’ve talked about this story so often and it didn’t get a whole lot of play. It was a column by Thomas B. Edsall, used to work for the Washington Post. He may still be a journalist but it just means he’s a Democrat activist.

But he had a-heads-up on Obama’s strategy for the 2012 midterms, and they were simply gonna abandon working class white voters and instead as a party shift to what they thought would be a gigantic coalition of minorities and illegal immigrant activists and supporters and maybe even some illegal immigrants. And that’s how they thought they were gonna win. Not just 2012 with Obama, the White House, but the midterms. And they thought that would be building a base going forward because that’s where they intended to transform the country. 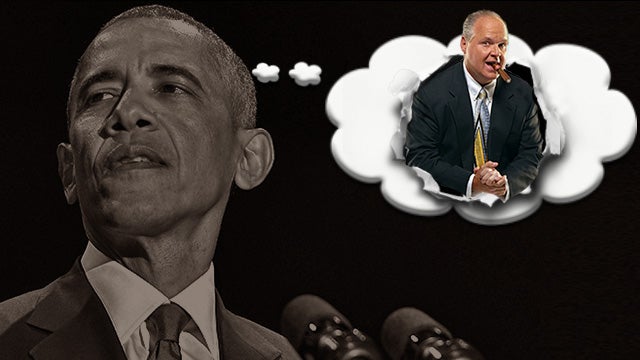 Obama, Hillary, the Democrats intended to transform this country into a majority, slash, minority country where the old majorities would be marginalized, would be powerless, and the previous minorities coupled together combined would represent the new majority. Didn’t happen. Didn’t work out the way they intended, and now because they threw away not just white-collar, but blue-collar, too, they threw away white working class families, largely men. The men are beginning to come home to Trump, to the Republican Party. And this is based on substance. There may be some personality in there, people liking Trump, but it’s based on substance.

“Ahead of Trump’s election to the presidency in 2016, nearly 50 percent of young white men favored Democrats.” And again, I’m gonna tell you, a large number of them said they favored Democrats because the women they were chasing liked Obama and the Democrats. Do not doubt me on this, folks. I mean, you may think it sounds like stereotypical, but it isn’t. I’m not even being critical. Just telling you the way it is.

Now, at the time that the majority of white young men favored Democrats, the Republican Party was aligned with the Chamber of Commerce, Big Business, trade deals, and so forth. The Republican establishment was pushing the Trans-Pacific Partnership, the TPP. Paul Ryan had rebuked Trump’s economic nationalist trade agenda at a gathering with the GOP mega donors, the Koch brothers.

And let’s see, what else. The GOP leaders were also pushing back against Trump’s nationalism on immigration in 2016 during the campaign. But now that Trump’s been in office we’re coming up, you know, year-and-a-half, and some of the most substantively positive economic changes in people’s lifetime. Remember, we’re talking about young people here who may have only voted for Obama, maybe the first candidate they voted for.

They’re young and they lived through eight years of Obama. That was the norm. And they heard the Obama, the Democrats saying, “Get used to it. America’s best days are behind us. This is the new normal. We are here to manage the decline because America’s past wasn’t deserved. We really weren’t that wealthy. We shouldn’t have been that wealthy. We really are not qualified be.” All that stuff they heard. Who knows how many of them it believed. But here comes Trump. The changes in a year and a half compared to the previous eight years of their lives have to be overwhelmingly dramatic.

You got a guy who says you can do anything, we’re gonna do anything, we’re gonna fix America, we’re gonna make America great again. These are people that never heard that kind of talk. That’s who we’re talking about here. We’re talking about young people who only heard pessimism, negativism, can’t do it, and, by the way, these are people that were accused of being guilty. These people were responsible for all of the suffering and the plight of suffering for many disadvantaged people all over the country. And who knows how they accepted it, but because the women were that way, the men had to bite the bullet and do whatever the women wanted. But those days are over.

What are you rolling your eyes in there for? Do you doubt me on that? Do you really doubt me? This is not sexism, it’s not chauvinism, it’s not even stereotypicalism. (interruption) Well, you can’t wait ’til these young female journalists hear this? Oh, you know, I hadn’t even thought about that. We might be looking at another whole night of panel discussions on CNN or elsewhere over this.

I mean, it’s the way of the world! It’s always been the way of the world! You know, the best advice I got when I was a young whippersnapper on how to meet women was this: Go get a bunch of women’s magazines and women’s books and turn to the chapters and sections on where to meet men, find out where you’re supposed to be there and go there. If it’s a library, show up. If it’s a museum, go there. And it was great advice. Everybody else is, you know, trying to do it at bars and parties and so forth.

It’s just the way of the world, folks. Men chase women, or they used to. I mean, it was good, it was funny. There’s an old song, a boy chases a girl till she catches him. I love that line. ‘Cause that’s exactly what happens. That’s why I’ve always said that women, before feminism, before all of this politicization of everything, women had all the power in relationships, in civilized relationships, had all the power in the world because the women are the ones that say “no.”

They have thrown that away, sacrificed that for some sort of new, have-it-all kind of power that’s rooted in rage and anger and resentment as brought to us by the modern era of modern feminism. All I’m telling you is that it makes perfect, substantive sense. This Reuters poll, 46% of young white men now favor Republicans over Democrats.