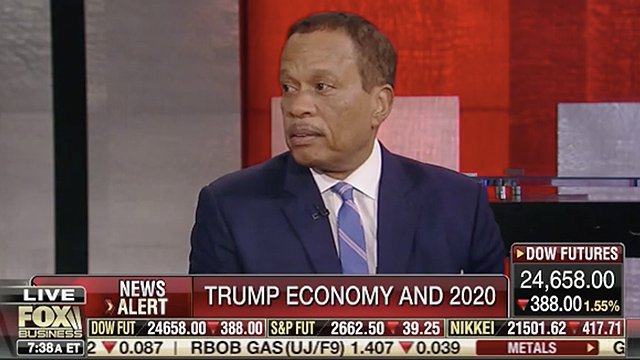 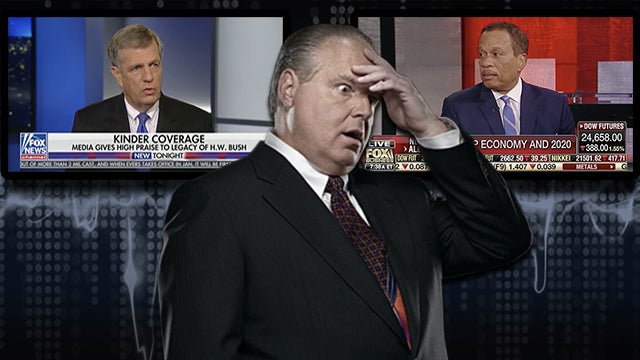 RUSH: Your host has come under, well, some savage attack and disagreement over at Fox News. We start this morning at Fox Business Network’s Mornings with Maria Bartiromo, and she’s got… There’s a cohost, Dagen McDowell, talking with Juan Williams who wrote an op-ed called “The Trump Slump.” A Trump slump, meaning the economy slumping would kill the president, is his point. The host says, “Don’t the Democrats need to be real careful that they don’t talk down the economy, that they come across — maybe like you, Juan — as if you’re hoping for a recession because it benefits whoever’s the Democrat Party nominee?”

What do you mean, be careful about it? They’re openly gonna do it! They don’t hide this! They used to hide this kind of stuff. Anyway, here is Juan Williams totally wrong, ill-informed, misinformed, or just wrong-on-purpose answer. 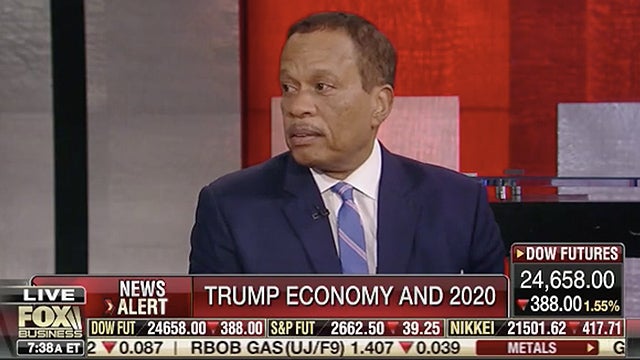 WILLIAMS: You think I’m coming across like I’m hoping for a recession?

MCDOWELL: I think you gotta be careful, though.

WILLIAMS: What I said was that people like Rush Limbaugh, who said he hoped Obama failed — or Bill Maher, who said, you can recover from a recession, but it’s hard to recover from a president like Trump — I think that kind of stuff is negative ’cause I’m so pro-American. But I do think that you have to look at the realities —

RUSH: All right. Stop it. That’s all we need. I never said I wanted America or the economy to fail. I was afraid it was going to with Obama, and I was right! I hoped Obama’s policies… Do you believe that it’s been since 2009 and I’m still having to explain this? It’s nine years since I made this comment. It’s nine years that I’ve explained it ’til I’m blue in the face over and over and over again — on TV, on radio, in print — and it is still mischaracterized that I wanted America to fail.

I don’t doubt that there’s a whole bunch of Millennials who think that that’s what I said because that’s all they’ve heard. I was scared to death for my country. I was scared to death America was gonna fail. We had a president who openly promised to transform our country away from its founding. I was scared to death. I hope Obama failed implementing his socialist policies. Do you think Juan Williams still doesn’t know that or is…? (interruption)

You think he knows it and is just taking the occasion to be purposefully lazy here to help him make a point? Next up, Shannon Bream speaking with Brit Hume. This is last night. Now, I appeared with her on Tuesday night. This is last night, and we’re a little bit out of order here, but it doesn’t matter because we’re gonna get back to it. She’s asking Brit Hume about the good things people are saying about former president George H. W. Bush. To set things up, here she is introducing and playing a clip of me on her program the night before… 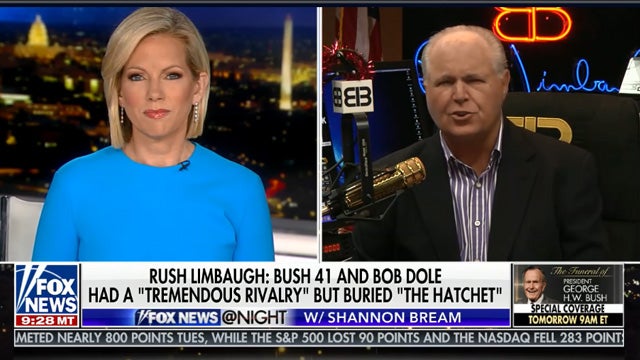 BREAM: We now have incredible praise from across the political spectrum. Here’s what Rush Limbaugh told me to that point last night…

RUSH ARCHIVE: I think it’s just a vehicle for them to be able to contrast what they think Trump is versus the way they’re telling us Bush was. The thing is that they never treated George W. Bush this way or George H. W. Bush — either one of them — this way. They had just as much animus for Bush 41 and Bush 43 as they do Trump for different reasons. 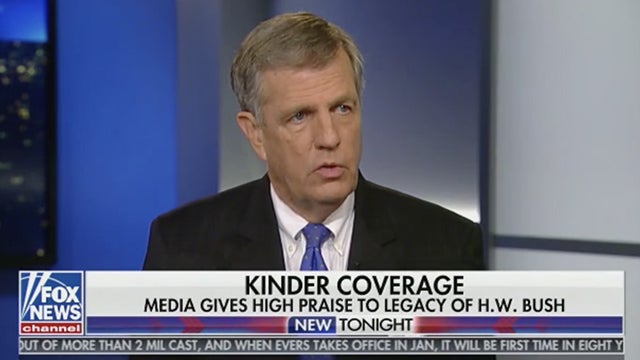 HUME: I don’t agree with that. He was certainly not treated — mostly by the media — uhhh as he has been since his death. But the politicians in both parties liked George H. W. Bush, and they worked with him on a range of issues. This loathing of Trump is a — is a force of nature. It’s orders of magnitude greater I think that what they felt about Bush. Now, for my colleagues in media, a lot of them I think badly misjudged him and misjudged his presidency and that’s changed with them, but I don’ think that politicians ever particularly detested him.

\Would we have seen him treated the way he has been treated now? Would the media have gone out of its way to show the possible good way Republicans…? Would they have gone out of their way to praise a Republican if it was before the midterm elections? While you ask yourself that, answer it honestly. Mr. Hume even said, “You know, my colleagues, they misjudged him.” The point remains, they praise George H. W. Bush in ways they never did when he was alive, as a linkage to contrast Donald Trump, who they hate.

Make no mistake about that.