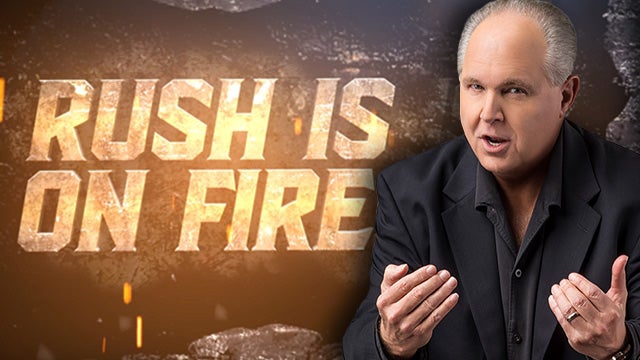 RUSH: A message, my friends, is keep the faith. You’ve got to keep the faith. We elected President Donald Trump in 2016. We elected him precisely to oppose and stop what we are all having to put up with right now — fraud, deceit, cheating, anti-Americanism, un-Americanism. We’ve had our fill of it. It has reached a boiling point. We wanted Donald Trump. He was a fighter for America-first policies. 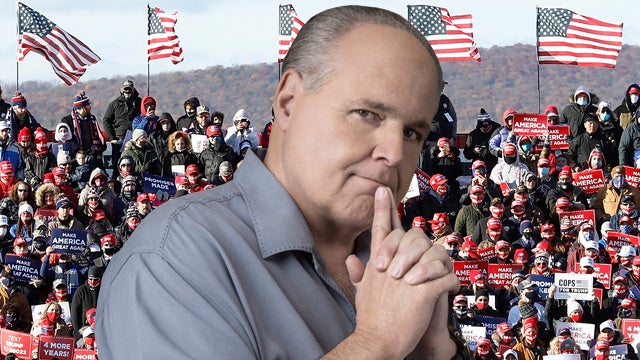 He wanted to make America great again, and he did. He was off and running, three and a half years of an economic rebound the likes of which this country hadn’t seen. And then the coronavirus hits, and everything falls apart. Well, not falls apart, but everything is just rendered into mass, total confusion. But he fought and he is still fighting to uplift all Americans. This is the thing that everybody’s got to understand.

You know, Biden’s out there running around talking about he’s gonna be president for everybody. No, he won’t. This is the most partisan political party I have ever seen it constituted as in my lifetime, the Democrat Party. They are not a party for all the people. What’s happening in these vote recounts, what’s happening in the resolution of this election is proof that they are not what they claim and that Biden isn’t what he claims. He will not be president of all the people. Nancy Pelosi is not Speaker of the House for all people, and they never intend to be.

He got more votes in this election than he got in 2016. He ended up getting more minority votes than any Republican has in 60 years. He is not the racist and bigot that he was portrayed as throughout four years of lying, distorting media. Joe Biden was never going to win in a landslide. We have been so lied to. We have been so misrepresented. We have been so distorted, all for the sake of creating false expectations of doom and gloom within us.

And we’ve had it. We’ve had it for a long time. It is why Donald Trump was elected. Yeah, he’s unorthodox. But that’s, again, why he was elected. He’s the only president in recent memory that has put hardworking, middle-class people and American families first. This idea that Joe Biden is going to be president of all Americans, he’s not gonna be a Republican or Democrat, it’s not possible. There is no such thing as that kind of Democrat.

Do not doubt me. They are the most partisan people in America today. Harry Reid and his machine are tampering with a legitimate election in Nevada. That’s the problem out there. The Harry Reid machine. They’re finding ballots; they’re creating ballots; they’re dumping ballots in the mail. Can’t run ’em down, can’t check ’em. There’s a guy up I think in Michigan or Wisconsin who’s having a fun time. He’s entering the names of dead people in a voter database and finding out they’re all voting. 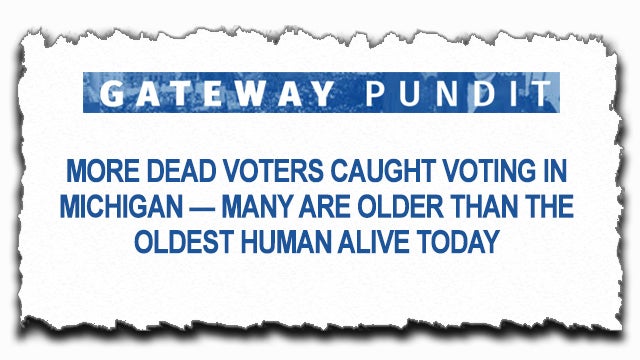 Why is it that average Americans are having to do this? Where is our Department of Justice? Where are the institutions in our government that are supposed protect us and safeguard us? Why is it up to the American people to do jobs of people in government who are paid to do these jobs, to defend and protect the Constitution? They all swear an oath to do that.

Got to keep the faith, not just in word, but in action. And the president has to continue to fight. The president has to take every legal action he has open to him to reverse the Democrat political election corruption and win again for the real American people. This is not a time to abandon him — I’m not suggesting that any of you are.

I know it gets harder and harder to keep the faith, because it seems like it’s an overwhelming task. It seems like no matter what, particularly as I discussed yesterday, we play by the rules; we want to do everything legitimately so that when we win, it’s legit, that it is real. We don’t want to get where we end up with fakery or by way of cheating. We want it all to be legit, we want legitimate mandates, we want legitimate majorities. We play by the rules as best we can to get there.

And we’re up against people that don’t and don’t even care about that, and they smirk and they mock and they laugh at and they make fun of people that play by the rules. “Well, what a bunch of fools you people are, what a bunch of jerks. It’s easy. You people are gonna hamstring yourself by playing by the rules?” That’s what we’re up against. It’s frustrating. It seems like the bad guys constantly win, that we’re constantly losing. But we’re not.

Donald Trump was elected. And I think he was reelected. And I think that’s why all these shenanigans are going on. They know he was reelected. The Democrats, the media, the pollsters, they have all been oriented toward one thing, and that is getting rid of Trump for four years. Why should they stop now? Why should an election be legitimate when nothing else they have engaged in has been legitimate? 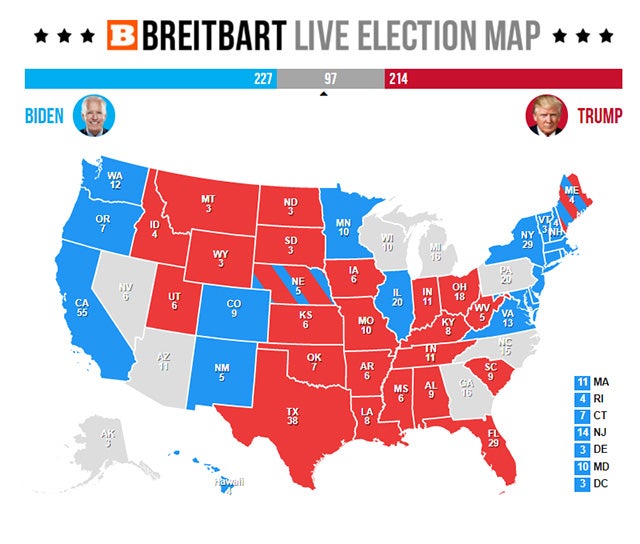 They ran a real coup based on phony — there wasn’t even any evidence. I mean, nothing they have accused Trump of doing has been true. There is no evidence for any allegation they have made. All the irregularities and illegalities and questionable things that have happened the last four years have been taken out and done by people on the left and the Democrat Party. Why should they stop now?

What is it? Dancing with the Stars can count 130 million votes in five minutes, and so can some of these other little entertainment TV shows, and we can too. This is what everybody needs to know. We can count votes. This country can figure out who won an election on the day of the election. We’re just not doing it. We’re not doing it because there’s a political party that knew they were gonna lose on Election Day, and so they’re trying to reverse that.

And they’ve got the usual friends on their side making it look like it’s all normal, that it’s all aboveboard, and they’ve even got some of what we thought were friends helping ’em out like calling Arizona before they called Florida for Trump. Now in these recounts, it looks like they’re finding all kinds of new votes — and, you know what? They all seem to be for one guy.

How can that be? How can everything be going in one direction? And it’s always in the pro-Democrat direction? None of it makes any sense unless it is all purposeful. You note how there have been no problems in stopping the vote counting in Ohio or in Iowa, Indiana. So why Michigan and Wisconsin? I’ll tell you why.

It was all preplanned along with the polls and the media to fabricate this phantom Biden landslide hoax so that when they cheated, it would seem irrelevant because the nation would be conditioned to think Biden’s gonna win anyway. This is the dirty little trick that is unfolding. They create this notion that Biden’s gonna win in a landslide anyway. 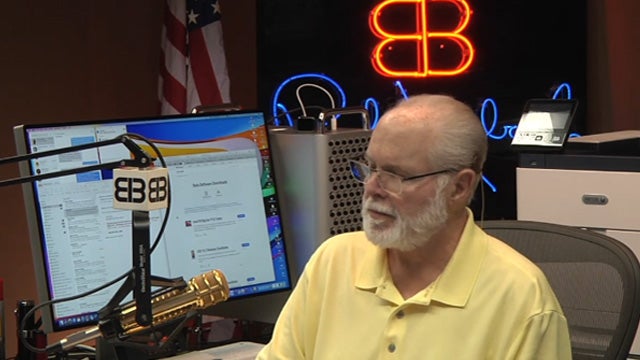 And then they have all of their polls line up showing Biden winning by eight, nine, double digits in some places, and it doesn’t change until slightly before the election. Tightens a little bit, but it’s still Biden all the way. And they’ve all been wrong, every damn one of them. Not a single apology yet. No! In fact, you know what they’re doing? They’re blaming you!

They’re blaming you for being able to screw them up. But however you slice it, it comes down to you are screwing them up. It’s your fault that things are the way they are. And that is not true at all. It’s not even close. So, again, with the polls showing this massive blue wave, that didn’t happen. How in the world can we pick up, what is it, seven seats in the House, hold the Senate — Trump gets more minority votes than any Republican in 60 years, Trump gets millions more votes this year than in 2016 — and he’s losing?

How does this happen?

How does this work?

We’re gonna hold the Senate easily and gain seats in the House — with women, with minorities — and yet Trump is gonna be sent packing in the midst of all this? He’s the guy responsible for it. He’s the reason the Republican Party is attracting voters that it’s attracting now. It isn’t the party doing it. This is another big misnomer happening out there. I hear the press, the media, the left talk about, “Wow, the Republican Party is doing really well with minorities.”

No, the Republican Party is doing jack with minorities! 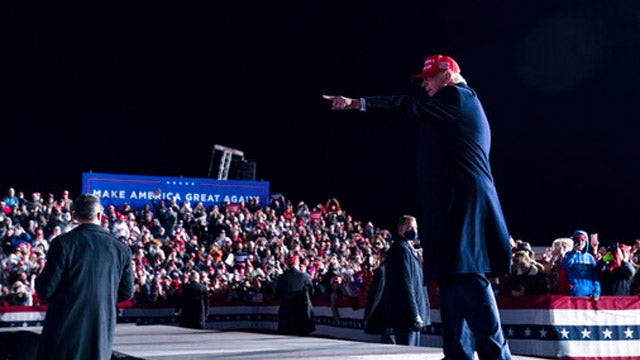 They’re so inconsequential that they don’t even count other than in the media to make it look like the Republican Party hates Trump. So here’s Michael Steele, Lincoln Project, Never Trumper organization. He “announces their plans to ‘resurrect the Republican Party in a way that it could become a governing majority in the future.’” Mr. Steele, I know you; you know me.

For crying out loud, Mr. Steele! You even realize what happened to you? Do you realize where you are? You’re in no position to reconstitute the Republican Party. I can’t even bring yourself to vote for it! You can’t even bring yourself to support the very things you say you’ve supported your entire life. Donald Trump implements them, and what are you doing? You’re advocating vote for Joe Biden.

They don’t even know who you are. “Massive Voter Fraud in Wisconsin.” I’ll tell you, folks, these voting scandals are exploding. I know you can go to any one of these states — Pennsylvania, Wisconsin, Michigan — and say it’s worse there than anywhere. It’s bad in Wisconsin; it’s bad in (sigh) a lot of these places. They’re stealing it. I mean, we’re watching an election be stolen.